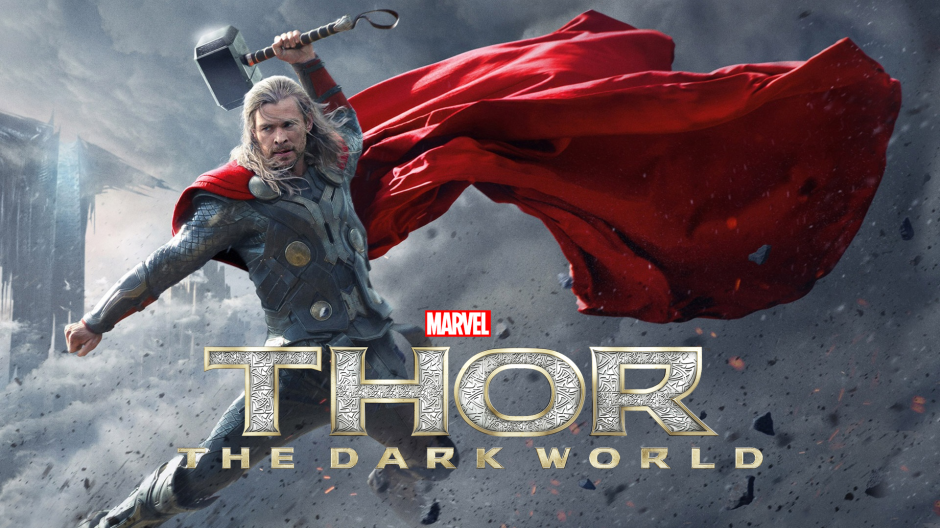 “… lacked some substance, but it was an action movie after all and not a bad one.”

Last night I watched Thor: The Dark World, and I thought it was pretty good. The Thor sequel finds Thor, after defending the 9 realms for the past two years, having to now defend Asgard and Jane Foster from some elves. Honestly, the most surprising thing to me about this movie is that people seem to think it is worse than the first Thor film. Thor: The Dark World has a lot more going on than its predecessor, and as I have mentioned before that may be because the first movie always gets rid of all of the origin story bullshit. But in all honesty, I though Thor: The Dark World was a pretty fun action movie.

That’s not to say that Thor: The Dark World is without fault, because trust me when I say it has a few. First of all, the movie seems to lack a lot of substance, all of the problems seeming to have little importance. There are a few moments in the film where we are supposed to feel bad for the characters, but I found it hard to do that. There is one scene, where Thor goes to visit Loki (I’m not going to say anymore for fear of spoiling the film) that I thought was one of the better parts of the film. In the scene, both characters kind of got to show a more emotional side of themselves that we hadn’t seen before. Other than that, most of the ‘emotional’ scenes had little to no effect on me. And there were also a few story elements that just didn’t really make sense to me. Like why would Loki, after returning from the Dark World, decide that the first thing he should do is fuck with Odin? I mean (again, I’m not going to spoil the film) was that his entire plan? Just to play another trick on his father? And another thing is the character of Erik Selvig who has gone insane after being brain-molested by Loki in the Avengers. Suddenly, the dude just decides that he’s not crazy anymore? I mean, I know he said something along the lines of “It’s nice to know that the world is crazier than you are”, but that doesn’t just make it so that you are completely back to normal. Or maybe it does, at least it seemed to with Dr. Selvig. One more thing about Selvig before I move on, it felt to me that his story was presented out of order. Like we, the audience, see him get arrested, but then the characters learn later on that he got arrested which moves the plot forward. Why did we have to know that he got arrested 30 minutes before the characters? it didn’t have any sort of dramatic irony or anything, because he was literally forgotten by the characters until they discovered that he got arrested. It just seems like a strange choice to me. Other than that, the story of Thor; The Dark World wasn’t too bad. Sure, as I mentioned before it lacked some substance, but it was an action movie after all and not a bad one. The movie opens up with some exposition in the form of Odin telling us some bullshit about a war, and I feel that element could have been implemented into the story, but after that the action picks up and doesn’t really stop until the credits roll. On top of that, we get to revisit a lot of the worlds that were established in Thor, and we even get to see some of them in more detail. That being said, the movie could have done with less of the “Earth” storyline, which felt like its weakest part. Apart from the story, I think the acting definitely could have been better as well. Actually, I’m not sure if it was the acting or the writing, but someone fucked up. First of all, Kat Dennings is still the same annoying character that she was in the last movie. And it was disappointing to see the character of Odin just reduced to “watch Anthony Hopkins yell a lot”. I think that it is obvious that Thor and Loki were the standouts in this film, both as characters and actors. As I mentioned before, we got to see a more human side to both of those characters that helped me empathize with them. The score was very well done, and I felt it accompanied the tone of the movie well. The title song (at least I think it was the title song) was fucking kick ass with just an assault of intense music. Another thing that I feel I have to mention is the wonderful world/costume design in this movie. It wasn’t as prevalent in the first Thor (because it takes place on Earth and all that) Thor: The Dark World really showed how talented the set and costume designers are.

Overall Thor: The Dark World is good for what it is, an action movie. Don’t go into it expecting more and you will have a fun time.

I give Thor: The Dark World a B