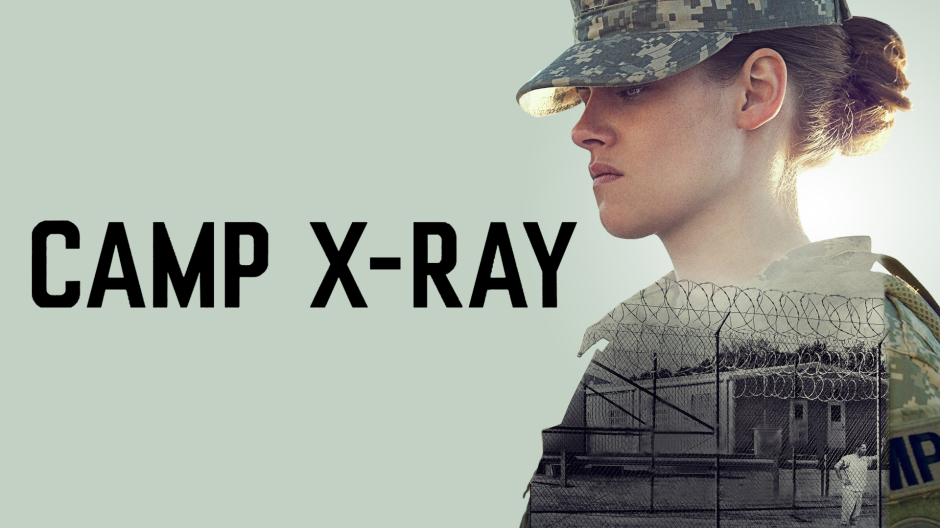 “… instead of watching the movie I would recommend that you just go to the Wikipedia page and read the synopsis there.”

Like it or not, when it comes to movies there are always stories that are borrowed (so to speak). These are often regarded as “classic” narratives because they started being told even before movies were a thing. Camp X-Ray is a perfect example of one of these “classic” stories. You know the one I’m talking about: girl meets boy, boy harasses girl, girl feels bad for boy because he is a prisoner in Guantanamo Bay. Honestly, it is a story that has been told a thousand times before. Unfortunately for me, that didn’t stop this movie from being made. Camp X-Ray follows Amy Cole as she begins her guard duty at Guantanamo Bay. It is here that she finds a detainee who is friendlier than the others I guess, and then she becomes friends with him. As you can tell I am not completely sure what happens in Camp X-Ray and that is because the movie doesn’t really make sense.

This is a movie that I would like to discuss in detail, so unfortunately this review will have spoilers.

Camp X-Ray opens by showing a man, who just bought (or stole) a lot of cell phones, getting captured while praying. This man gets taken to Guantanamo Bay and put in a cage. The movie then picks up eight years later when Amy Cole arrives for her briefing. It is then that she is made aware that some of the detainees have “been here for eight years” (I guess that’s why the beginning was necessary). The movie then leans into the whole “Guantanamo Bay genre” by showing how guards subdue a detainee. Unfortunately that is where all of the interesting things stop. The movie goes on to show the inmate from the beginning throw his shit at Amy Cole, and then shows Amy Cole completely forgetting about that incident and becoming friends with said inmate. The movie then ends. I pretty much summed up the entire movie (albeit a little sarcastically), but if you would rather experience it for yourself I understand. however instead of watching the movie I would recommend that you just go to the Wikipedia page and read the synopsis there. It covers the entirety of the plot in fifteen fucking sentences. The movie is two hours long, and yet Wikipedia took every relevant plot point and explained it in fifteen sentences. That means on average the movie spends eight minutes on each and every sentence in that synopsis. I feel that I have made my point, but in case you didn’t get it: NOTHING HAPPENS IN THIS MOVIE! We are introduced to a character that was taken to Guantanamo Bay, then we are introduced to a character that feels bad for that other character. We don’t even know if this dude is innocent! When he was arrested he had a bag full of cell phones; what normal person has a fucking bag full of cell phones. Am I supposed to feel bad for this guy because he was praying when he was captured? Religious people can do bad shit too. But despite that, Amy Cole feels bad for him simply because – well honestly I don’t know why she felt bad for him. She looked in his file and saw that he had misbehaved, and then all of a sudden she felt bad for him. Maybe she was just sad that he hadn’t read the last Harry Potter book. But even in that case, the dude threw his shit at her. That is not something I can look over. Amy then prevents this dude from killing himself, and then she buys him the last Harry Potter book. I don’t know what else to say about this movie. The idea was good, but there wasn’t enough story to sustain it. There was only enough substance in Camp X-Ray to fill fifteen sentences on a Wikipedia page.

One thing I did enjoy was the look of Camp X-Ray. The use of muted colours as well as silence really helped immerse me into the world the movie was presenting. The subtle hum of fluorescent light bulbs, the pale glow surrounding everyone, the visceral detention scene at the beginning of the movie; I wouldn’t be lying if I said this movie was beautiful. Honestly, I would have rather watched a film focusing on b-roll of the prison, rather than that sorry excuse for a story. The framing and editing were also stand-outs for me. I enjoyed how the film would often use a close-up, quick cut montage (similar to someone like Edgar Wright). This not only enhanced the chaos that would often break out in a place like Guantanamo Bay, but also showed the routine for getting ready to deal with these high-stress situations. I enjoyed the comedy used in the film when Amy was being told about the last Harry Potter book. It caught me off guard (because it was fucking hilarious), but ultimately just added to the confused tone of the film. I mean, Camp X-Ray was trying to be military film, a drama, a love story, and then a comedy? It just didn’t work out. Unfortunately the acting just wasn’t there either. Kristen Stewart was firmly mediocre, and Peyman Moaadi (who played the detainee) could have been good if he was actually given any depth. Apart form those two, everyone else was just kind of there. It’s disappointing to say but It’s a shame that this movie wasted so many talented actors on parts that are so poorly written.

Ultimately Camp X-Ray is a disappointment of a film. It has little to no story, and only works if you don’t question what you are seeing on the screen.

I give Camp X-Ray a C