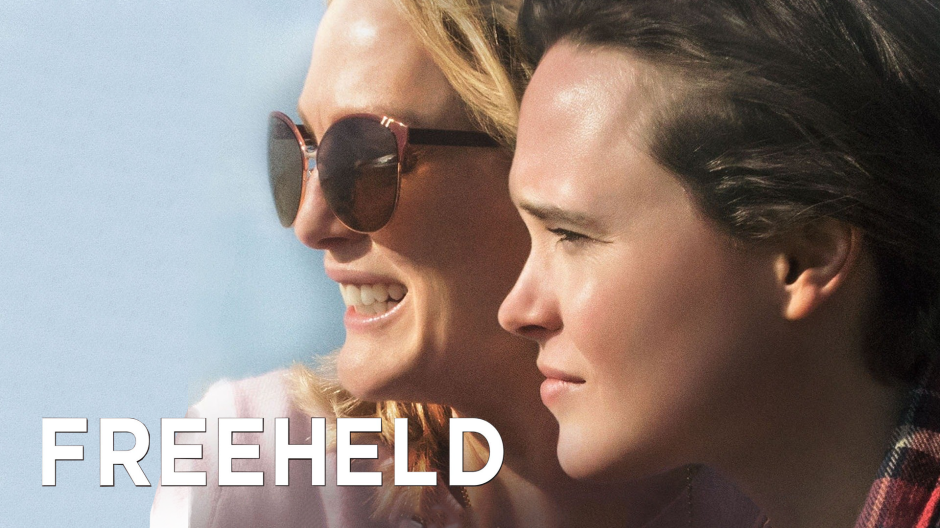 “…a beautiful story told with phenomenal actors, but it only delivers in its second half.”

One of the best feelings in the world is when a film sneaks up on me. Instead of me hearing about a film starting production, and having to wait for a trailer, and then having to wait for release, I can just watch it. And that feeling becomes even better when I actually enjoy the film; and Freeheld met all of these requirements. Freeheld is a film about New Jersey Detective, Laurel Hester, who is diagnosed with terminal cancer. She wishes to leave her pension to her partner, Stacie Andree, but local county officials deny her this. The film then follows the struggle that is endured by all parties to obtain justice for Laurel. The film stars Julianne Moore and Ellen Page, and is surprisingly based off of a true story.

I say that the story was surprisingly true because it shows that even 10 years ago, there was very apparent homophobia. This is something that I never really thought about, but to see these struggles take place during a time that is so close to now is stunning. The problem with Freeheld, however, is its focus. The film reads like a political drama, and in fact that is the reason that I wanted to see it in the first place. But the film has a pretty big misstep; it focuses too much on characters and not enough on story. The entire first half of the film shows Laurel meeting Stacie, the two of them getting aquatinted, falling in love, buying a house, etc. This would be fine, if the film didn’t dwell too long on it. I understand that the point of showing all of this is to illicit a deeper connection to the characters, so that when shit goes down we are more sympathetic. It is also a case of this story being a true one, so you want to do the “characters” justice so as to not tarnish (for lack of a better word) any part of their truly uplifting story. Unfortunately, there just isn’t anything special about their love story until the politics kicks in; so we are left bored for the entire first half of the film. Luckily, when the movie picks up it really picks up. It delivered everything that I wanted form this film: a touching story, great performances, and a spotlight on something that is truly terrible. I think that glue that holds this film together is definitely the acting, so most of my review will talk about that. I felt that practically every performance was great. Julianne Moore did a great job as Laurel, really conveying emotion but also hiding it much like the character would. Michael Shannon did a great job as Laurel’s partner, Dane Wells, by really showing that he cared about Laurel while also maintaining the ‘tough-guy cop’ persona. And I also really like Steve Carell’s performance as Steven Goldstein, a flamboyant activist who spearheads the movement to help Laurel Hester. I found that Carell, as shown in The Big Short, can do a great job of showing drama in his characters while still keeping them light with the odd joke. One character who I hated in the beginning was Ellen Page’s Stacie Andree. Throughout the entire first half of the film (in which she was a key part to the story) I couldn’t help but feel that something was missing from her performance. Of course this character is based on a real person, so maybe that is how they act, but the character seemed very disinterested in anything that was happening. This gets exponentially better as the film goes on because Ellen Page is able to show more emotion from Stacie, who before then was akin to a brick wall. By the end of the film I was completely sold on her performance. Even some of the less-prominent characters did a great job in Freeheld. Some standouts include Luke Grimes, who played a fellow officer who is also gay, and Josh Charles, who played a conflicted board member who’s vote was constantly forced by others. I would say that Freeheld has one of the better ensemble casts I have seen in a while.

Ultimately Freeheld is a beautiful story told with phenomenal actors, but it only delivers in its second half.

I give Freeheld a B