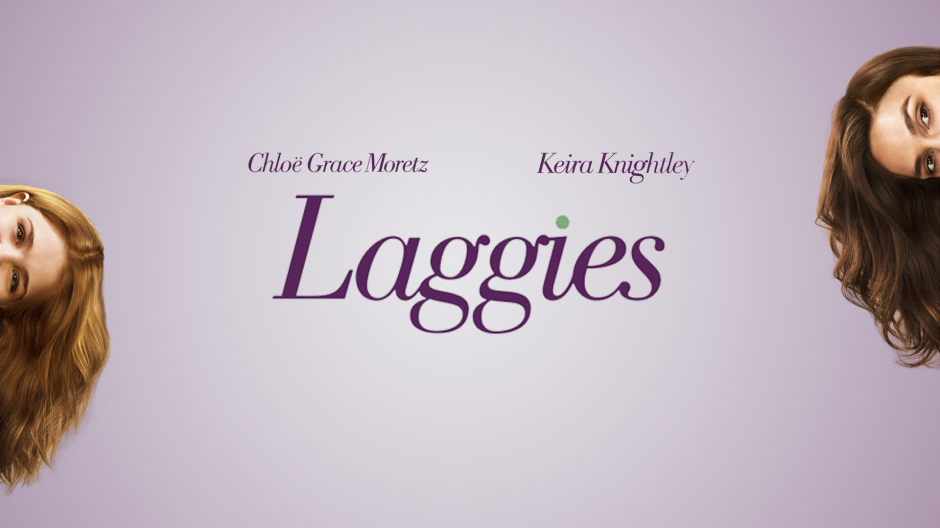 “… a film, much like it’s main character, that doesn’t know what it is.”

The main character not fitting in is a common theme throughout many movies, and it makes sense because otherwise there may not be a story to tell. This theme is continued on with Laggies, a story about 28-year-old Megan (played by Keira Knightley) who realizes she no longer fits in with her high-school friends. She then meets 16-year-old Annika (played by Chloë Grace Moretz), and starts to hang out with her to fulfil her longing to be back in high school. This advances to the point of her lying to her fiancé to spend a week at Annika’s house with Annika and her divorced, divorce-lawyer father (played by Sam Rockwell). If that sounds confusing that is because it is, but don’t worry because Laggies realizes that it is a confusing situation and proceeds accordingly.

So one of the bigger issues I have with Laggies is that it tried really hard to alienate the main character. The film starts off with a series of home videos from Megan’s prom where she is shown having a blast with her boyfriend and group of friends. This then hard cuts to show that everyone has seemingly advanced in life while Megan stayed the same. I enjoy the sentiment behind this (because I can relate), but the way it was handled was annoying. Megan is seen going to a bachelorette party for one of her friends, and she is then berated for any and all jokes that she makes. I didn’t find that anything she was doing was annoying, and I don’t think I was supposed to. This interaction was meant to show that Megan doesn’t fit in with her fiends anymore, but really it just showed me that Megan’s friend is a bitch for taking everything so seriously. This is only a problem during the beginning of the film because then Megan meets Annika.

This portion of the movie was also frustrating, but for different reasons. There were many times where Megan was blatantly dumber than many of the teenagers shown in the film, often acting with her her feelings instead of rationally. Again, I understand what the movie was going for here, but it was very frustrating to watch. Luckily the film gets exponentially better with the introduction of Annika’s father, Craig (played by Sam Rockwell). not only does it get better because Sam Rockwell is a delight in everything, but it also adds a new perspective to the character of Megan. Unfortunately, this perspective is nice for the audience, but doesn’t seem to affect Megan in any way because she continues to act irrationally. Again, and I’m aware that I sound like a broken record by this point, but it is frustrating watching a character who’s intentions are not made clear. Throughout the film Megan constantly alludes to her life as “floating” meaning that she has no direction; this was captured perfectly in the film, but that doesn’t mean that it is fun to watch.

Luckily, reality hits toward the end of the film and we get to see a much darker version of the antics that Megan has been up to this whole time. This was a breath of fresh air in an otherwise dull film, but it doesn’t last long because a happy ending is needed. The ending, to me at least, made absolutely no sense and is just another example of the character acting fast instead of smart. But at least it was over.

One thing Laggies does have going for it is the performances. I already mentioned Sam Rockwell doing an amazing job, but Chloë Grace Moretz also did a great job as Annika by managing to bring very real emotions into the film. Likewise, most of Annika’s friends were portrayed really well, and honestly I think that is where the heart of the film is. Keira Knightley is not an actress I am familiar with (other than from Pirates of the Caribbean), but I think she was alright. I think her performance could have been much better had the writing (and possibly the directing) called for it, but as it stands she wasn’t terrible.

Ultimately I think Laggies is a film, much like it’s main character, that doesn’t know what it is. It’s either trying too hard, or not hard enough which creates this weird purgatory of storytelling. Luckily there were some redeemable qualities and the performances were good.

I give Laggies a B