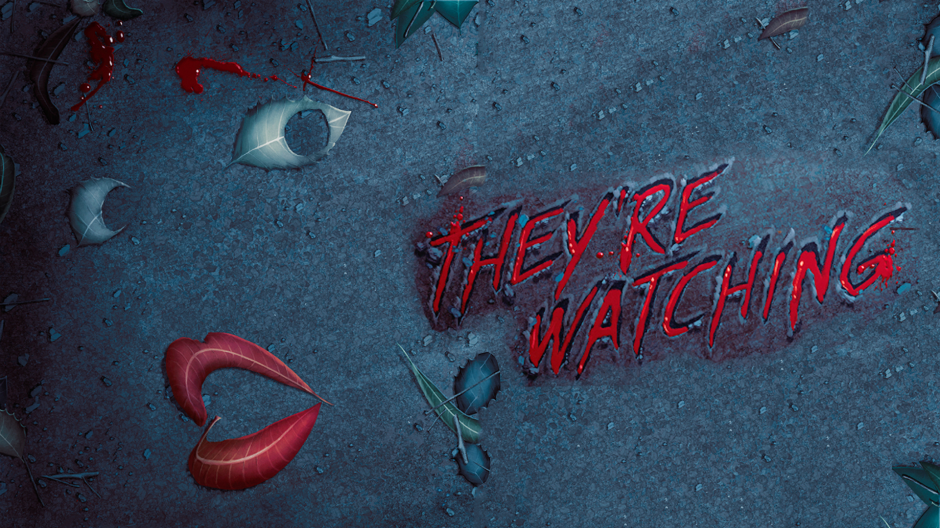 “Every single aspect of the film is shit, and it is barely saved by its over the top ending.”

For the month of October I decided to only review horror films, and holy shit I don’t think I could have chosen a worse one to start with. They’re Watching is a film that follows the production of a house-hunting reality TV show, as three crew members, a producer, and a real-estate agent come back to the house they sold 6 months ago to do some follow-up filming. The problem is the villagers in the small European town that the crew-members are staying in don’t take too kindly to them being there, and they don’t try to hide it.

It’s movies like this that make me question why I write reviews. Why should I put effort into reviewing a movie that is fucking terrible? It just feels wrong. Anyway, enough with the melodramatic shit, let’s talk about why this movie sucked. I’m not exaggerating when I say that I disliked every single aspect of this film. First of all, They’re Watching is a “found-footage” film that falls into the same trap as every other shitty found-footage film; the cameras are way too good quality. We see the crew use $40,000 cameras, but they also use GoPros mounted to their chests and the quality is negligible. Also, why the fuck is the crew filming themselves? They are there to do a job not filming a fucking travel vlog. But it doesn’t surprise me that these characters do stupid shit, because each and every one of them suck.

So we are introduced to this crew via Sarah, a student fresh out of film school who only got this job because her uncle is the president of the network. Her two fellow crew-members rightfully prod her about nepotism and then the producer, Kate, yells at her a few times until she cries. I guess we are supposed to feel sorry for this character, but why? She got a cool job because her uncle is successful, and then she gets yelled at because she is terrible at her job (of being a glorified tripod might I add); I don’t know what redeeming qualities the character had. The only saving grace is that the film opened with a shot of a blonde girl getting an axe to the forehead, so I could only hope that Sarah eventually bit the dust. Unfortunately Sarah isn’t the only terrible character because all of the crew members are fucking assholes. They are all staying in this quiet European town and they decide to run around making asses of themselves like they are in a fucking fraternity. It’s no wonder that the locals want them dead. You know, it wasn’t just the characters that were shit either, it was the entirety of the story.

They’re Watching is about as terrible as you could get for a horror movie. The film features unlikeable characters in a very “scary” (read: boring) situation. They’re Watching is constantly skirting the line between legitimate and satire; not scary enough to be legitimate, but not funny enough to be satire. So what we are stuck with is this strange purgatory of a film that we endure like torture. Nobody cares about these characters yet many instances of character development are shoved in our faces. We don’t care about this bullshit show that they have to film, but it takes up the majority of the film. I honestly haven’t hated a movie this much in a long time.

So by now you’re probably thinking “Well, that’s it. This film is getting an F”, and you would have been right because that’s what I was thinking too. But then it happened: They’re Watching turned the shit dial up to fucking eleven. Instead of maintaing the constant flow of stale shit, it actually did something different. I’m not sure if I loved it so much because at that point in the film I was begging for the sweet release of death, but They’re Watching flips a switch and delivers one of the shittiest scenes (in a good way) that I have ever seen. Is the film worth watching just for that scene? Absolutely not, you would be better suited water boarding yourself. But because I was already trapped into watching this pile of shit, the ending served as the golden nugget at the bottom; and that’s why this film is not getting the worst score I can give.

Ultimately They’re Watching is one of the worst movies I have seen. Every single aspect of the film is shit, and it is barely saved by its over the top ending.

I give They’re Watching a D