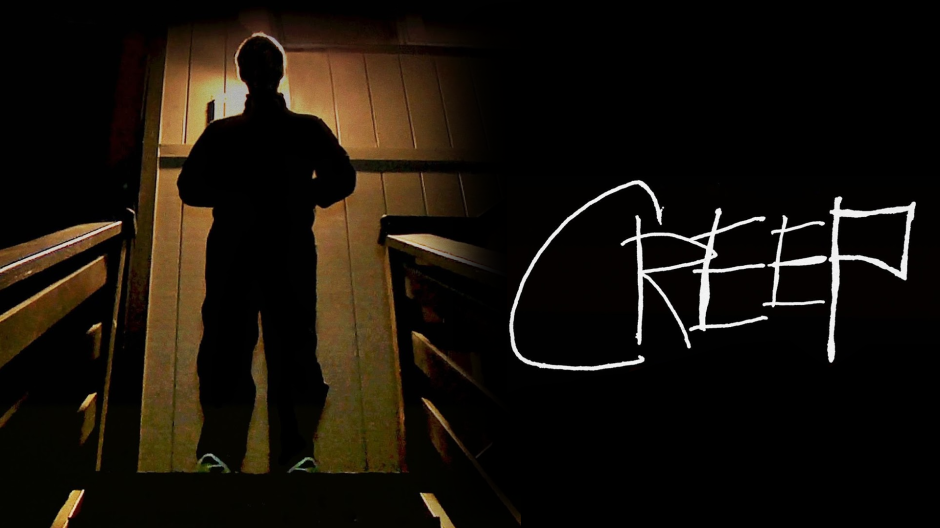 “…like a roller coaster; you get scared a few times throughout, but at the end of it you think back to all of the fun that it was.”

When Aaron answers an online ad to film someones daily routine, he happily accepts. The man who placed the ad, Joseph, is a man who took inspiration from the film “My Life” and wants to make a video for his unborn son. Aaron grows increasingly weary of Joseph as the day goes on and he starts to wonder if Joseph’s intentions really are as well-meaning as he said.

There are certain movies that you watch and you instantly fall in love with. Creep was this kind of movie for me. When the movie starts it looks like a generic found-footage horror film, and honestly it continues that trend throughout it’s run. Well why do I like it so much? I’m honestly not sure.

Horror movies are quickly becoming my favourite genre of film to watch because I feel that the primary function of art is to elicit an emotion from the viewer. This can be done in many ways (hence the great number of film genres), but I find horror films to be the most effective. When life beats you down with feelings of loneliness and anxiety you could watch a comedy to make you laugh a bit, you could watch a drama to make yourself feel worse, or you could watch a horror film to make you terrified for your life. The emotions that come from film are often able to trump your own for a while, but with horror films the effect lasts longer for me. Instead of the credits rolling and me being back to my own life, I’m often terrified for hours afterward. This isn’t really the effect that Creep gives, nor does this paragraph really pertain to the film.

If you read my Blair Witch Project review you’ll know that I praised the film for feeling authentic. Creep gives the same vibe. Sure there are parts that make you wonder why the cameraman is still filming, but you are happy he did nonetheless. Creep builds itself off of “cheap jump scares” and that’s fine. I often pan horror films for using these tactics, but Creep isn’t trying to be a deeply terrifying film. Creep is more like a roller coaster; you get scared a few times throughout, but at the end of it you think back to all of the fun that it was. This is something special in a movie, and Is one of the reasons that I like Creep so much.

Creep feels authentic not only because of the way the film is presented, but also the performances. The main character, Aaron (who also directed the film), can be a little odd sometimes; making choices that you may find stupid. But the film isn’t really about him, because the star is definitely Joseph. Played by Mark Duplass, Joseph is an immensely intriguing character who’s actions keep you guessing until the last second of the film. What makes him so frightening is how unpredictable he is as a character. One minute he is telling Arron how good of a friend he is, and the next minute he is running into the forest completely unprompted. This character never gets a concrete resolution, or at least I don’t think he did, and that’s what makes him so fascinating. Of course Duplass plays this character beautifully which is the point I was trying to make when I started this paragraph.

Ultimately Creep is one of my favourite horror films because it is able to be scary as well as fun. What I wrote here really doesn’t do the film justice, so I would recommend that everyone see Creep at least once.

I give Creep an A

This review is dedicated to Duke; you were a great friend and I will miss you everyday of my life.