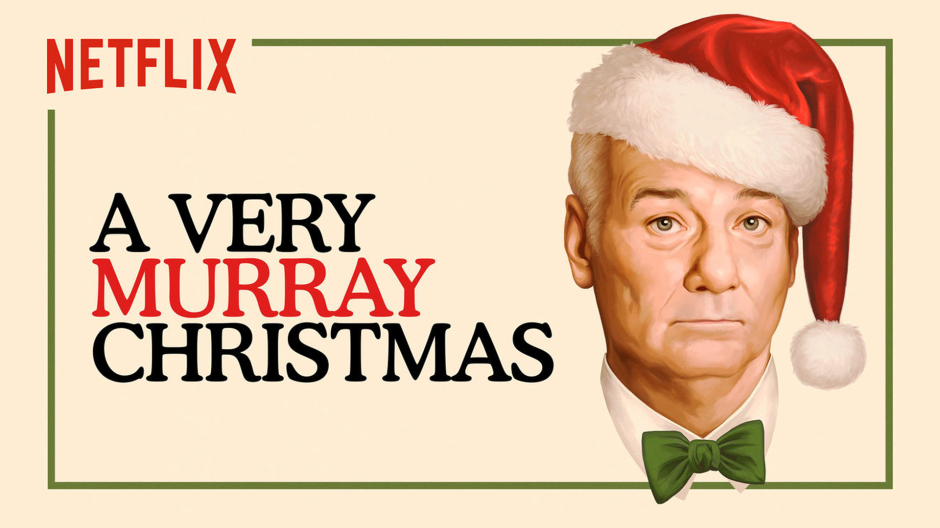 “If you are looking for a Christmas movie this holiday season, look for literally anything else.”

Christmas is a time of giving, but all A Very Murray Christmas did was take away. It took away my patience, it took away my will to live, it took so much away from me that by then end of this film I was merely a husk of the man that I was before it had started. A Very Murray Christmas is a Christmas special of sorts wherein Bill Murray pretends to be depressed, and then he and a few other celebrities sing Christmas carols (rather poorly).

Imagine an episode of Saturday Night Live, but one that only consists of the bad parts. What you would have is A Very Murray Christmas. Jokes that fall flat, acting that barely passes as acting, and bizarre music breaks that almost put you to sleep plague A Very Murray Christmas. This movie plays out like a shitty soap opera wherein the cast sings every once in a while. I’m aware that people love Bill Murray, but you can absolutely tell when that guy’s heart is not in it. Sure he does a great job as an actor when he wants to, but when he’s only there for the pay check he has the charisma of a sack of potatoes. The jokes that were being thrown around were weak at best, and they all tried to capitalize on the same punchline: Bill Murray is sad at Christmas. Not only were these jokes not funny the first time, but they weren’t funny 30 times after that either.

I honestly am not sure what was trying to be achieved with this film. The subject is not one that transfers well into a traditional movie narrative. This special would have been a million times better if it were a stage play, and celebrities were being cycled out to sing the same songs. With a stage performance you could have had a full orchestra instead of one piano, you could have had applause that consisted of more than three people, and you could have gotten rid of the “story” that took place in between all of the singing (which was easily the worst part). The film picks up in its second “half” (although it takes place 3/4 of the way through) when Bill Murray passes out and dreams of a stage production with Miley Cyrus. At last they finally got an actual singer in this shit show, but then they still force themselves into the songs that she is singing. This was easily the best part of this “Christmas special” because it was what the entire thing should have been. Extravagant sets, actual music artists, and no bullshit jokes.

Hell, even if the movie couldn’t have been changed to a stage production, the least they could have done was got a director with some fucking style. I’m not badmouthing Sofia Coppola, but holy shit was this film fucking bland. The sets are dark, the camerawork makes the film seem cheap, and the “story” was fucking shit. I couldn’t help but wonder what a director like Wes Anderson (though I doubt he would ever do something like this) could have brought to the film. At least it would have had some fucking substance. Hell, even adding basic Christmas tropes like a narrator would have added to the experience. Instead what we got was a disappointing mess.

If you are looking for a Christmas movie this holiday season, look for literally anything else. And if there is nothing else then put on a Christmas record and watch paint dry, because it will be more entertaining than this.

I give A Very Murray Christmas a D