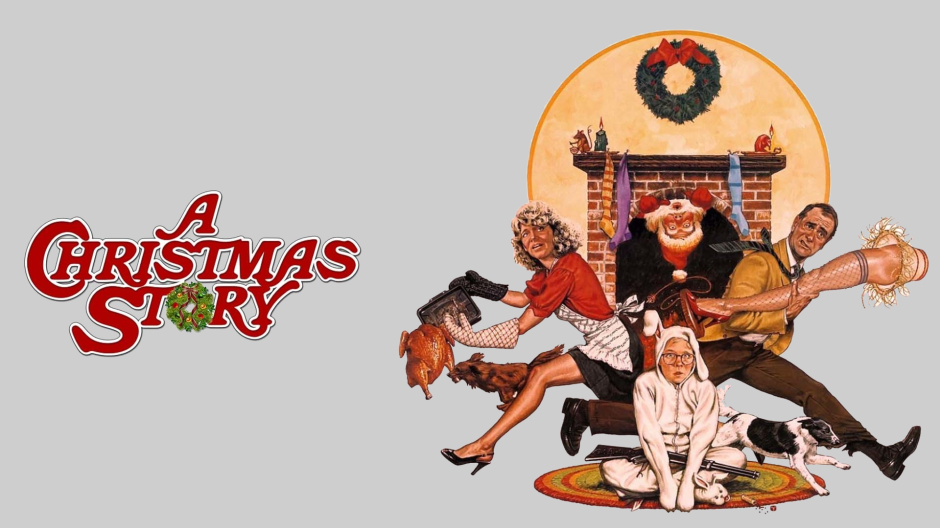 “… might be the funniest movie that I have ever seen.”

Well it is officially Christmas, and that only means one thing: it’s time to hang out with family that you haven’t seen for a long time and make awkward smalltalk. This year I’ve decided to let everyone in on my Christmas tradition of watching A Christmas Story. A Christmas Story is not only my favourite holiday-themed movie, but also one of my favourite movies of all time. A Christmas Story follows Ralphie, an average boy just trying to get through life, as he goes through many different plots to ensure that he gets what he wants for Christmas. I realize that what I just wrote makes Ralphie sound like an evil kid with malicious intentions, but it is much more light-hearted than that. What Ralphie wants is a Red Ryder Carbine Action 200-shot Range Model air rifle with a compass in the stock and a thing that tells time. But the film isn’t just about Ralphie wanting this gift, but it is also about Christmas as a whole and the traditions that surround it like getting a tree, decorating said tree, opening gifts, and even winning major awards.

I thought that it would be hard to describe why I love a Christmas Story so much, but after watching it again I realized that it is a no brainer. A Christmas Story might be the funniest movie that I have ever seen. The story itself is hilarious, the dialogue is snappy, and the characters are flawlessly written. This allows for everything to fall into place perfectly and create an amazingly hilarious film. What takes the film from ‘good’ to ‘great’ for me is the acting, specifically that of Peter Billingsley. I honestly don’t know how it was done, because I know how hard it is to work with child actors, but the character of Ralphie is an absolute masterpiece of acting. Ralphie is only a kid, but his situational awareness is through the roof. Not only that, but his comedic timing is amazing. Ralphie isn’t just a pawn for the filmmaker to tell his story, Ralphie becomes the story via Peter Billingsley’s ability to control any scene that he is in. Honestly, I’m amazed that a child produced such a phenomenal performance. And it wasn’t even just Ralphie either, all the other kids in the movie were great as well. It would take too long to list them off, but one I want to discuss is Randy. Now there isn’t a whole lot to Randy’s character (though there are a few moments that will melt your heart), but one thing that never fails to amaze me is just how infectious Randy’s laugh is. I’m not sure how it was achieved (I’m sure someone offscreen was making him laugh), but I know for a fact that it would bring a smile to the face of even the coldest (emotionally) man. You also have most of the adults in the film who not only do great jobs as their characters, but they also do very well as their exaggerated characters that are present whenever Ralphie is daydreaming. I know that the characters that Ralphie dreams up are kind of hokey and really over the top, but still it is great to see the actors absolutely nail both the ‘real’ side of their characters as well as the ‘fake’ side.

The film’s directing is also pretty fucking great if I do say so myself. A Christmas Story may present itself as more of a ‘kids movie’,  but it doesn’t shy away from masterful direction. Be it the great dramatic zooms, or just wonderful camera placement, A Christmas Story continued to surprise me as I was watching it. I also really appreciated the entire ‘mall Santa’ scene, which is another great example of the wonderful direction in the movie. We get to experience this moment through Ralphie’s eyes with a wonderful point of view shot, but really I enjoy that scene because of how much the tone is able to shift. Up until that point in the movie, we are having fun and laughing along, but as soon as we see that Santa, the tone shifts to one that is much more sinister. I’m just glad that A Christmas Story was brave enough to show the true evil behind mall Santas.

A Christmas Story is narrated by the story’s original writer, Jean Shepherd, which gives the film this undeniable charm. Not only is Shepherd familiar with the story which allows him to add character where there otherwise might not be any, but his voice is so unique and delightful that it is hard not to immediately feel comfortable when listening to him. Did that sound weird right then? Did I cross some sort of line? I’m not going to lie, I’ve been hitting the eggnog a little hard today so I’m a little hazy right now.

I could ramble all day about A Christmas Story, but I doubt I would get anything worthwhile out of it. I think its best if I just cap this off here. If you have read this review you are probably sitting at home bored on Christmas. To you I want to say: first off, sorry you had to read my terrible writing, and second I want to sincerely wish you a Merry Christmas. You also might be reading this if you don’t celebrate Christmas, so you don’t have anything to do today. To you I would like to say: Happy Holidays (sorry I can’t be more specific, I’d be here all night listing off different December holidays), and I’m still sorry that you had to read all of this. If you skipped to the bottom just to get me to wish you glad tidings, then fuck off. Those wishes were for the people who read my whole review. Just kidding I wish you Happy Holidays as well.

Ultimately A Christmas Story is just a good movie, you know? It’s funny, it has great acting, and it is a movie with real heart.

I give A Christmas Story an A