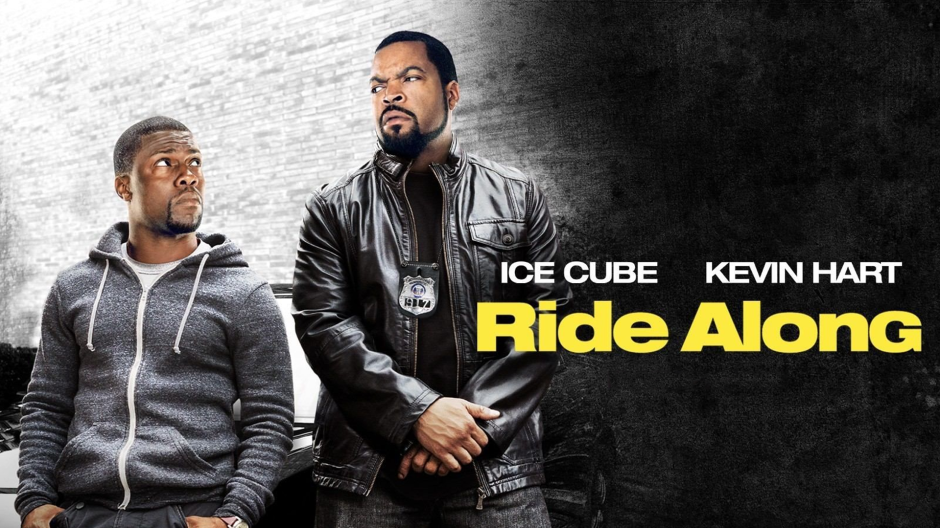 “It’s not funny enough to be a comedy, it’s not thrilling enough to be an action movie, but it’s also not so bad that you can’t sit through it.”

Last night I watched Ride Along and I was pretty indifferent towards it. Ride Along is a film that stars Kevin Hart and Ice Cube, as the pair take on the mean streets together. When Ben (Kevin Hart) gets excepted into the police academy, he decides to let his soon to be brother-in-law in on the good news in hopes that he (James, played by Ice Cube) will finally like him. James, already being a take-no-shit cop, decides to bring Ben along on a ride along in hopes to scare him out of becoming a cop (because he doesn’t like him I guess). Things get wacky when James unknowingly pulls Ben into the heart of a case that has been plaguing the city for years. There are some shoot-outs, and some jokes, but neither of which are worth mentioning.

Writing reviews allows me to look at films with a more critical eye. When a movie ends, usually I have a concrete idea about what I though about it. Every once in a while however, a movie comes along that makes absolutely no impact on me. It is without further ado that I present my review of Ride Along. I have nothing against Kevin Hart, as a matter of fact I think he is a genius. There aren’t many people in the entertainment industry that are working as hard as Kevin Hart has been working for the past couple of years, and I respect that. But that doesn’t mean that I have to find all of his work great. Ride Along is a classic buddy cop film, and usually those kinds of films work because they are a good mixture of comedy and action. Unfortunately Ride Along didn’t have much of either. The beginning of the film consists of short jokes galore (I understand that you should play to your strengths, but they get old after a while), and that’s about it. The film starts with a car chase that was kind of cool, but it was ruined by the constant “reaction shots” of Ice Cube saying some really neutered lines. Apart from that the entire first half of the movie is essentially the same joke over and over again. James doesn’t like Ben, Ben is short, James is tough, Ben is a pussy (by “pussy” the film means that Ben plays video games), and then repeat. Luckily at the halfway point, someone realized that they needed to write an actual movie and finally got their asses in gear; unfortunately it was a bit too late.

The entire first half of the movie, as I said, is just cheap attempts at comedy. This lasts way too long, so by the time the “real movie” starts we don’t have much time left. There are essentially 2 major character moments in Ride Along. Number one is the realization that James has just been trying to get under Ben’s skin. The second realization is that Ben is actually not so bad of a guy. Unfortunately, those two important moments are condensed down to 20 minutes and 10 minutes respectively. That is because, and I’ll say it again, the entire first half of the film is just some idiots trying to be funny. Now when this “real movie” comes along, the film does get funnier. This is because the comedy takes a back seat to the actually story (however sparse it is). The jokes become more natural, and the characters seem to become more comfortable. Again, this happens way too late in the game for Ride Along to be considered a good movie. While watching Ride Along, I couldn’t help but notice a joke that made me want to put a bullet in my head. Let me set the scene for you: James is hanging out with his police buddies, and telling them all about how Ben is a pussy. His buddies are laughing along, and then ask him something to the effect of “So, you think he’ll be back for more?”. To which James replies “Nah, he’s done. And I have to say, today was a good day”. I shit you not, Ice Cube looks into the camera, seemingly directly into my soul, as if to say “Ya, we went there. What are you going to do about it?”. See, that was the joke. Not the punchline itself, but the fact that I was watching Ride Along. The joke was on me.

So, anyway I decided to develop a strike-based system that would keep track of any infractions that this film committed. This strike system would run on the classic “three strikes”, that was made famous by things like baseball. Obviously strike one was the “good day” quip that just had to be written into the movie because Ice Cube was there. For a while there was no strike two, and I was starting to regret the system all together. Then the film took pity on me and finally gave me another infraction: this one I will simply call “Sound of da Police”. You all know the song because it is played in almost everything the features cops. Now granted this “joke” wasn’t as bad as the first, but it is so cliché that it definitely deserved a strike. The third strike came out of nowhere, and for that it may be the most egregious. During the film’s climactic shoot-out, Ben exclaims that he is out of bullets and then falls to the ground. James screams “What are you doing?!”, to which Ben replies “There is always ammo on the ground in video games”. James rightfully replies “You idiot, this isn’t a game”, to which Ben excitedly exclaims “There’s one!” while revealing a full magazine that was partially covered by some rubble. What happens next will haunt me for the rest of my life. The film quickly cuts back to Ice Cube’s character who promptly goes “Huh?!”, in the most cartoonish manner, while staring directly at the camera with a scrunched-up face. This was apparently supposed to be a joke, but the punchline consisted of treating me like I had brain damage. I might have laughed had I not been so insulted. There were many strikes after this one, but I was too shellshocked to count them. I now know what Hell is like, ladies and gentlemen, and it mainly consists of Ice Cube going “HUH?!” while staring into my eyes.

There really isn’t much else to say about Ride Along. I didn’t hate the movie (as much as this review might lead you to believe), but I didn’t love it either. It just kind of exists, and I don’t have strong feelings toward it in either direction. It’s not funny enough to be a comedy, it’s not thrilling enough to be an action movie, but it’s also not so bad that you can’t sit through it.

I give Ride Along a C