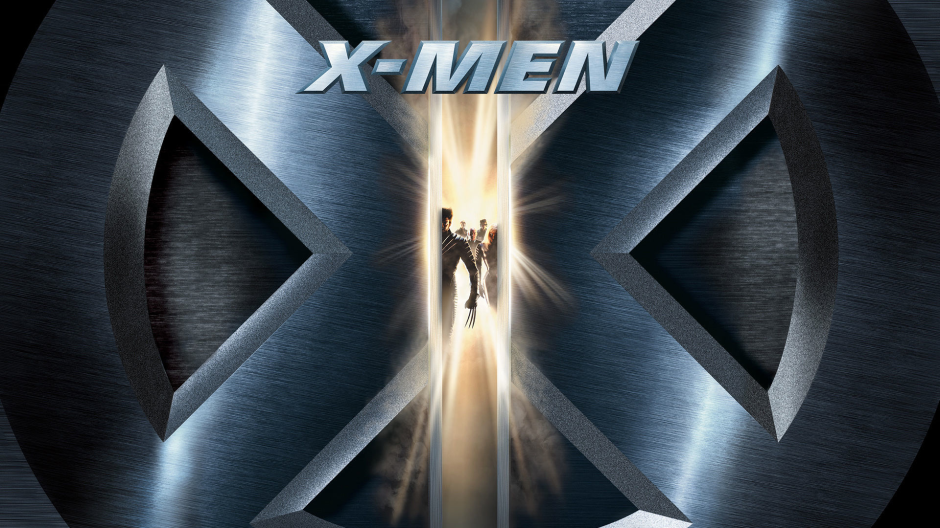 To prepare myself for the upcoming movie Logan, I’ve decided to re-watch all of the Hugh Jackman-centred X-Men films; this of course starts with 2000’s X-Men. X-Men follows Rogue (Anna Paquin), a teenage girl who essentially kills anyone that she makes skin contact with. Unaware of how to deal with this ability, she leaves home and eventually meets Wolverine (Hugh Jackman), a man who makes a living fighting other men and, oh yeah, he has metal claws that come out of his hands. The pair are attacked and then saved by the X-Men, a group of mutants who have decided to use their powers for good. The rest of the movie is centred around the X-Men having to thwart the plans of Magneto, an evil mutant who believes (rightfully-so) that humans are going to be the detriment to the mutant race.

Now I haven’t seen X-Men for probably about five years, but I remember watching it all the time when I was a kid. What surprised me about watching the movie again last night was just how deep the story was. When you think of a superhero movie you think of overpowered characters engaging in fights with other overpowered characters in a display of CGI, and don’t get me wrong X-Men definitely has this; but what X-Men does differently is that it presents a story of mutants essentially being treated as monsters. Humans are declaring that, much like guns, mutants have to be registered and regulated because they are seen as weapons. On one side of this argument you have Charles Xavier (Patrick Stewart), also known as Professor X, the leader of the X-Men and a man who believes that humans will eventually come around on their view of mutants. On the other side you have Magneto (Ian McKellen), a man who has seen behaviour like this before during The Holocaust, and therefore doesn’t trust the humans one bit. This is a very powerful story to not only introduce these characters, but also essentially introduce the comic book movie in general. X-Men is part of the initial wave that brought comic book movies into the public eye, so to start off with a story that is so deep is really admirable. I also appreciate the story of X-Men because it didn’t shove an origin story down your throat, which is another trait of superhero films. X-Men opened up with Professor X essentially saying “Humans evolved, and now there are mutants. Deal with it” and that is perfectly fine. We get thrown right into the story, and have to figure it out for ourselves. Granted, it’s not the most difficult puzzle to piece together but I do appreciate not being treated like an idiot. And it also acts as proof of how good the writing was in X-Men. We aren’t explained any of the characters’ powers (save for Jean Grey), but that is fine because they are almost intuitive. We see these characters fight or interact with one another and we instantly get it.

X-Men works so well not just because of the film’s great writing, but also because of the acting. First of all I have to talk about how perfect the casting was for these characters. Maybe it’s because I grew up watching these movies, but I have to say that it is hard for me to picture anyone else as the X-Men. Maybe it is just an X-Men thing because the casting is nailed later on in the series when we meet young Xavier and Magneto in First Class. Either way, every character in this movie works wonderfully; well, except for Kitty Pride but that’s fine. And not only do these actors embody the characters that they’re playing, but they also deliver really good performances. There isn’t a whole lot of room for emotional scenes in X-Men (mainly due to the fact that all of the characters are already hardened superheroes), but there are a few moments of humanity that slip through the cracks. We get wonderful scenes from Anna Paquin as Rogue, we get a glimpse at Wolverine’s softer side from Hugh Jackman, and there are even a few moments where we get to see Patrick Stewart give little hints about Professor X’s tragic past. Another thing that really surprised me when watching X-Men is the fact that a lot of the CGI still holds up. Sure there are little things here and there that look absolutely terrible, but for the most part the movie looks great. This was doubly surprising because usually when watching an old, CGI-heavy film on Blu-ray its mistakes are made much more apparent; but when watching X-Men I was mainly impressed at how well these effects held up.

As you can tell I did love this movie, but I would be lying if I said that there wasn’t anything wrong with it. Granted these are very minor problems, so minor in fact that you might think less of me after you read them, but I feel that X-Men deserves a bit of ribbing after the praise I just gave it. First of all, I’m not at all a fan of Sabretooth in this X-Men film. His design just doesn’t work for me; like why are his eyebrows so long? I understand the long hair because you want to make him look more like a wild animal, but the eyebrows? It makes him look like a complete idiot. And why is wearing pelts? It’s not even a good pelt, it looks like he killed thirty rabbits and then hastily stitched their furs together. I mean, just give the guy like a bear pelt or something; at least then he wouldn’t look completely homeless. And the other thing that I have to mention about X-Men is the famous one-liner. You all know what I’m talking about, so say it with me: “Do you know what happens to a toad when it’s struck by lightning? The same thing that happens to everything else”. Usually I’m able to find the good in terrible movies, but this line is inexcusable. I can’t sit here and say something like “well, although it’s cheesy it’s really funny” because that would be a lie. This line is so unfunny, it makes me wonder what they were trying to accomplish by leaving it in the movie. It’s like when a four year-old tells you a joke; they don’t understand how jokes work so they end up with something that is just a shitty anecdote. Were they trying to show how terrible Storm was at coming up with jokes? That would have been funny. If Wolverine had come up behind her and laughed at her for making a terrible joke, that would have made the scene better. But as it stands this “joke” sits in a weird form of limbo, where it was supposed to funny but no one laughed so it’s just floating in the middle of space. At least they moved on from that scene pretty quickly.

Ultimately X-Men proves to still be a fantastic comic book movie, even seventeen years after it’s release. It not only does something different with the genre, but it was also one of the factors that kickstarted the phenomenon that so many love today. With a great story, amazing casting, and effects that still hold up, X-Men proves that it deserves to be at the top when discussing comic book movies.

I give X-Men an A