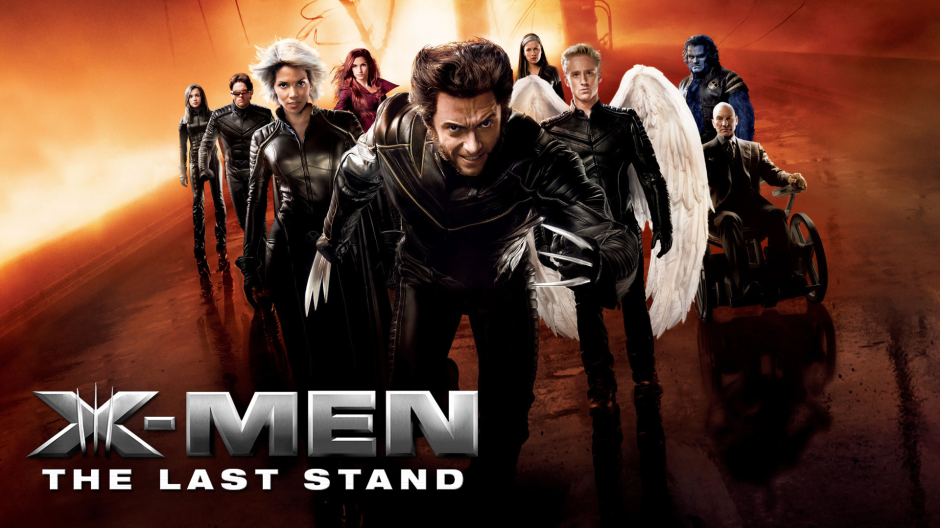 “The story was a mess, the ending was borderline insulting, and even the effects were terrible.”

X-Men: The Last Stand is by far the X-Men movie that I am most familiar with. This is due in part to the fact that it came out most recently, but also the fact that I watched it essentially on repeat shortly after it was released on DVD. All of that being said, I was still conditioned to hate the film due to the overwhelming negativity toward it on the internet. So last night, not really knowing how to feel about this movie that I remember liking well enough when I was younger, I sat down and watched X-Men: The Last Stand again. X-Men: The Last Stand is the third instalment in the X-Men franchise (well, trilogy thanks to this movie doing so poorly with audiences) and it picks up shortly after the events of the second film. At least I think it is shortly after, the movie didn’t really specify. Anyway Jean Grey is dead, Cyclops is mad, and Magneto is still fighting the good “humans v. mutants” fight. This film revolves around humans finding a “cure” for the mutant gene, and Magneto being pissed about it. Of course when Magneto gets pissed, people die so the X-Men are forced to step in and have a huge* (*not that big) war* (*more of a battle) with Magneto and his motley crew of mutant misfits.

Right off the bat in X-Men: The Last Stand we are presented a very weird scene with a shitload of CGI. In this scene we see Charles Xavier and Magneto (in their younger forms) going to visit a very young Jean Grey. Now the CGI used to make these actors appear younger is not bad per se, but it isn’t right. The two hardest things to accomplish with CGI (in my opinion) are fire and humans, and the thing about this scene is that the humans are front and centre allowing us to bask in their ever-so-creepy glory. So anyway, after we are done watching a couple of mannequins interrogate a little girl we get what is probably the best scene in the movie: the training session. During this scene we not only get to see the X-Men work as a team in a real (simulated) battle, but we also get to see the live-action version of the fastball special. Despite the opening being very strong (for the most part), X-Men: The Last Stand then takes a turn into a very character-focused story. We see Cyclops being all sad and shit, we get the “return” of Jean Grey and the rest of the movie is essentially about the rest of the X-Men dealing with their emotions. This is perfectly fine, although a little disappointing, but the problem I have with this portion of the film is that there is obviously a bigger issue at play here. Humans have discovered a “cure” for the mutant gene, but we are stuck just dealing with Jean Grey being all moody. This bigger picture is constantly hinted at throughout the film, but we never really get a payoff. The movie is focused on Jean Grey, but almost as if to allow themselves a quick way out the writers shoehorned in this plot about humans fighting mutants. This makes the movie feel almost scatterbrained at times, and it completely takes the wind out of the sails of the ending. Then the very end of the film comes around and essentially takes a shit on the face of every X-Men fan ever. It was then that I realized why people hate the movie so much. In the span of about five minutes the movie tries to “wrap-up” about thirty different things that it had set up over the course of ninety minutes. This means that not only are questions not answered, but even more questions are thrust into the minds of the viewers. And then, almost as quickly as it appeared, the movie is gone. It is the equivalent of a complete stranger coming into your house, punching you in the stomach, and then leaving before you have  the chance to recover. Sure you’re pissed, but you are also really confused; almost too confused to be pissed.

The fact that X-Men: The Last Stand had such a strange narrative means that the film’s pacing had to pay the price for it. The middle of the film seemed almost endless due to the shifting narrative and the fact that nothing was happening. We get it, everyone is sad; let’s move on. Also the fact that the movie focused on Jean Grey the entire time made the final fight kind of weak. First of all, the fight consisted of the X-Men, Magneto, Jean Grey, and about one hundred Hot Topic employees (also known as cannon fodder) so there were no stakes. It almost felt like filler content because they needed to pad the film’s runtime. And on top of all of this, the CGI (which is usually a high point in these films) was really bad. I think it was due in part to the set pieces being really over the top, almost like they were ripped from a cartoon. I know that the idea of mutants is already pretty outlandish, but the other two X-Men films had no problem making the effects look real; so what happened in this movie? Anyway the movie comes to a close by focusing on Magneto who is just hanging out at a park playing chess. And what was up with that? As soon as he “loses” his powers he immediately turns into your stereotypical old man. Did he have literally nothing else in his life going on? If that was the case, did he immediately start wondering why his grandkids never call him as soon as he was stabbed? It’s like the writers wanted to play one final joke on the audience; and I hate to say it, but they succeeded.

Overall X-Men: The Last Stand was pretty disappointing. Well, disappointing in the sense that the last two movies were good; the internet kind of warned me that it would be bad. The story was a mess, the ending was borderline insulting, and even the effects were terrible. It’s a real shame that this movie couldn’t have been made by some competent people.

I give X-Men: The Last Stand a C