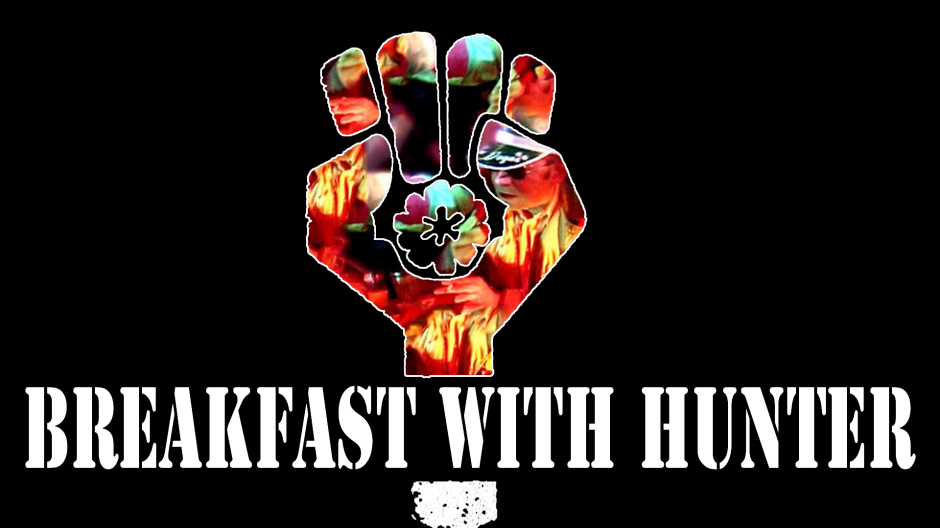 “… funny, interesting, and a great watch for anyone who is interested in Hunter S. Thompson.”

I have been fascinated with Hunter S. Thompson for a long while now, so I felt it was only fitting to start looking into documentaries and the like that speak of Thompson and what he was really like. The first stop on this journey of discovery was a documentary I have been wanting to see for a while called Breakfast with Hunter. Breakfast with Hunter is a film made by Wayne Ewing, and what Ewing did was essentially follow Hunter S. Thompson around for a while and videotape everything he did. It’s kind of like what vlogs are today, but this is a feature-length documentary. The film takes place primarily during the pre-production of the Fear and Loathing in Las Vegas film, chronicling Hunter’s role in the production, but it also follows Thompson as he gets up to his usual antics.

Now I mentioned that I was interested in seeing what Hunter S. Thompson was really like, but I realized halfway through this documentary that I was being silly with that goal. Hunter S. Thompson is not the kind of man who would change the way he acts depending on who is in the room; he acts the way he acts and if you don’t like it then it’s too bad for you. That being said, it was interesting to see some of Hunter S. Thompson’s interactions that were more candid. By that I mean: it was nice to see an “unedited” (figuratively of course, the movie was edited) version of Thompson and get a feel for his day-to-day life (which is exactly as exciting as you would imagine). I found that the footage in Breakfast with Hunter was very well-shot, and also very interesting. I’m not sure how much editing went into “trimming the fat” of Thompson’s everyday life, but there was rarely a dull moment in the documentary. That being said I did have a few issues with the story presentation, specifically toward the start of the film. Breakfast with Hunter did its best to give us (the audience) context for everything that was being said. When Thompson started to reference his trial in Colorado, the film would cut back to other footage to give you a frame of reference. The same thing was done many times throughout the film, but a few times there were some issues with it. Now what I’m about to say is going to sound pretty insane, but bear with me. Hunter would say something, and then the film would cut back to a different point in time. Let’s call the initial Hunter “Hunter A”. Now the film, instead of cutting back to Hunter A, would instead cut to a different scene with a title card that says “two months later”. This was confusing because for a moment I didn’t know if it was two months from “Hunter A”, or two months from the older footage that was just shown. I know this sounds pedantic (and probably insane) but these small issues got annoying after a while. With that in mind I did feel that the movie did a good job of offering a coherent story, despite the minor hiccups every once in a while.

If I had to give a more vague opinion on the film, I would say that it was very enjoyable. It managed to be absolutely hilarious a lot of time, though that was thanks to Hunter S. Thompson, not really the film itself. I would say that Breakfast with Hunter did a good job of backing away, and (ironically) doing the exact opposite of Gonzo journalism, instead letting the footage speak for itself. The film also featured a really nice selection of music, but I would say that the songs were kind of out of place at times. The music itself was good, but a lot of the time it just felt like someone left a (really good) mixtape on which didn’t really sit well with me. One last thing I want to discuss is just how interesting some of the footage was in Breakfast with Hunter. The film, for the most part, is kind of “nothing”. Now this isn’t me bashing the film, I’m just saying that watching a guy go around and live his life doesn’t exactly have much substance. Once again, I did enjoy the movie, but I felt that needed to be said. Despite this fact, Breakfast with Hunter still manages to get some really interesting scenes in there that not only shed some light on Hunter himself, but also really interesting commentary on art. The scene that I’m thinking of in particular is a scene in which Hunter S. Thompson is discussing a potential script for Fear and Loathing in Las Vegas with its two writers. The writers are proposing a scene that involves cartoons, and Thompson is having absolutely none of it. What plays out is just a very real look at two artists relentlessly bashing heads, each one of them wanting to jump over the table and strangle the other. It’s absolute fascinating to watch and it will definitely be the one part of Breakfast with Hunter that sticks with me the longest.

Overall Breakfast with Hunter was an entertaining look at an interesting character. Though there were a few issues in terms of story presentation the movie is funny, interesting, and a great watch for anyone who is interested in Hunter S. Thompson.

I give Breakfast with Hunter a B