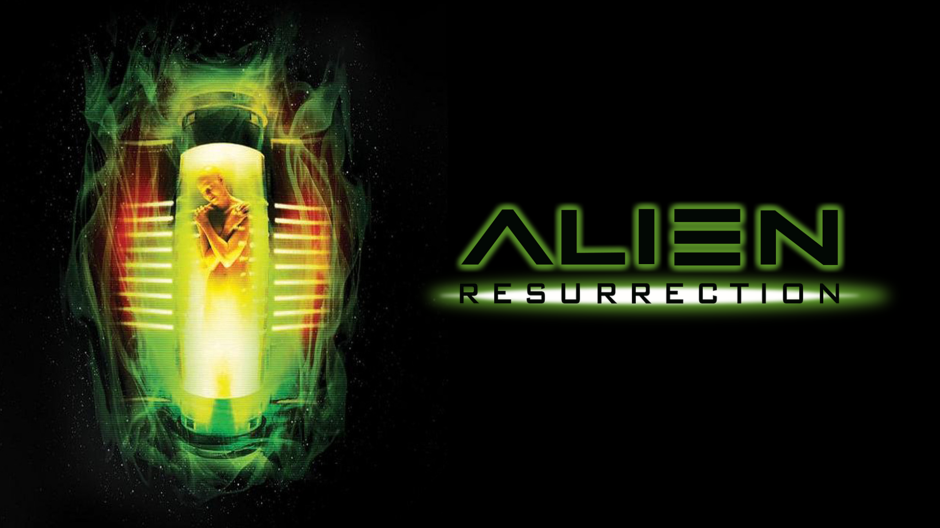 “… finds a nice middle-ground between story and action which always keeps the audience entertained.”

After the massive disappointment (for lack of a better word) that was Alien 3, I managed to set my expectations at as low as they could go as I went into Alien: Resurrection. Now I’m not sure if it was that fact, or the fact that I love action movies regardless of how stupid they are, but compared to Alien 3 I fucking loved Alien: Resurrection. For those who don’t know: Alien: Resurrection takes place about 200 years after Alien 3, and it follows a team of scientist who are trying to create more Xenomorphs by essentially cloning Ellen Ripley. These plans get interrupted when a group of smugglers hired by these scientists show up, and all hell breaks loose due to a few aliens escaping from their containment chambers. Now these smugglers, and an Ellen Ripley/Xenomorph hybrid/clone have to escape the ship with their lives.

Much like with my experience with Alien 3, I had heard a lot of bad things about Alien: Resurrection before I had watched it. These initial fears of mine were almost instantly realized when Alien: Resurrection started and revealed it’s completely insane plot. I immediately regretted my decision to watch Alien: Resurrection, but I knew I was along for the two hour ride regardless so I buckled up. What happened next was completely unprecedented: I started to like the movie. I’m not sure what exactly made me change my mind, but soon I was completely won over by the film. What helped was me essentially forgetting that Alien: Resurrection was part of a franchise, especially part of the amazing double-header that is Alien and Aliens, and just watching it as though it was a sci-fi action movie. It started as me laughing at the movie, be it for the ridiculous characters or the insane plot, but then that turned into me laughing with the movie. I started having fun, and to me that is what movies are about. What really started this emotional ball rolling was the introduction of the smuggler crew of The Betty. These characters that were introduced were so over the top, but at the same time you couldn’t help but laugh at their jokes. In a way they were kind of like parodies of the usual rag-tag crew that you see in movies like Alien: Resurrection, and that only added to the comedy. You have Ron Perlman playing the chauvinistic tough guy who hates everybody, Michael Wincott playing the cool-as-a-cucumber team leader, and Winona Ryder playing the newbie who has an ulterior motive; these characters, who are only a fraction of the ones present, create the atmosphere that is Alien: Resurrection. They are able to convey that the situation they are in is serious, while also being able to make use laugh along the way. And when I mention “jokes” I don’t mean jokes in the traditional sense, the jokes in Alien: Resurrection are kind of a mix between dark comedy and parody (like I mentioned before). When I first saw that Alien: Resurrection was writhed by Joss Whedon I was skeptical, but after watching it I don’t think there could have been a better fit. Another thing Alien: Resurrection had going for it was its ability to never be boring. The action in the film is never what I would call “amazing”, but there is enough there to to essentially occupy the audience when there is not much else going on. Alien: Resurrection finds a nice middle-ground between story and action which always keeps the audience entertained.

Going back to looking at Alien: Resurrection as part of the Alien universe, I loved that this film brought back the technology that I fell in love with from the first couple of films. I do admit that I wish the technology would have been a little updated (you know, because this movie is 200 years after Alien 3 which was a while after Aliens which was 57 years after Alien), but I’m just glad that we got technology at all. With the technology came more wonderful set and costume design that I could admire as well. Now the costumes and sets in Alien: Resurrection aren’t anything to write home about, but you could definitely tell that care went into their creation. Now moving on to one of the more important aspects of Alien: Resurrection: the effects. Alien: Resurrection is interesting because the effects in the movie are about 50/50. When the effects are practical, they look amazing. I don’t want to spoil anything but there is a scene about halfway through the film that showcases just how good these practical effects are. The problem that we run into is when the film uses CGI. Now I will admit that some of the CGI in Alien: Resurrection was good, but but when it wasn’t good it was awful. It wasn’t “Alien 3” bad, but it was still pretty bad. Now I’m not exactly going to take points off of this for a couple of reasons: First, the movie came out in 1997, of course the CGI isn’t going to hold up. And second, Alien: Resurrection did use practical effects seemingly wherever it could, so for that I have to applaud it. One final “gripe” I have with Alien: Resurrection has to do with the ending of the film, but I won’t talk about it because I don’t want to spoil it.

I give Alien: Resurrection a B