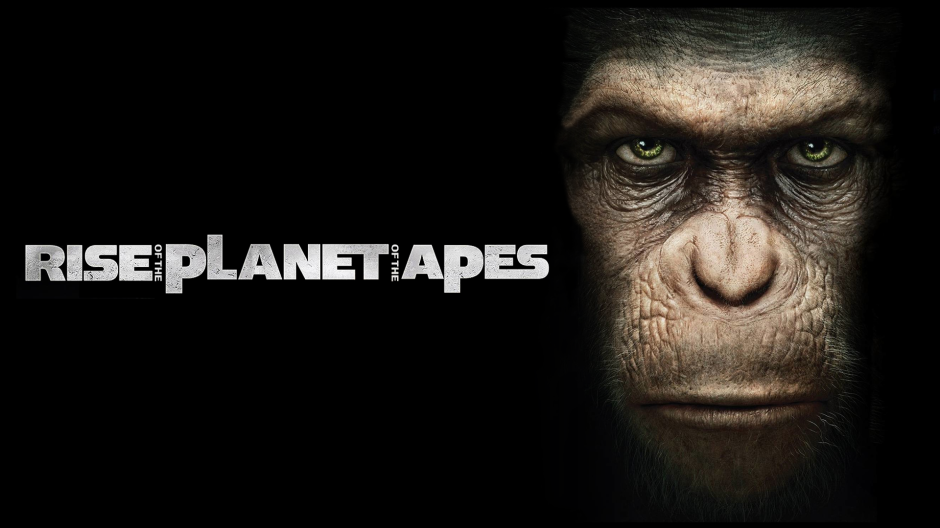 “… really had no right to be good, but it was anyway.”

Planet of the Apes is a film from 1968 in which some astronauts land on a planet that is controlled by apes. Spoiler alert, this planet is actually earth. This was followed by like 30 more movies about these apes and their planet. Many years later, a visionary known only to us as “Tim Burton” decided to remake this movie, but with the kid from Marky Mark and the Funky Bunch. Even more years later, after everyone had long forgotten about the planet of the apes, a new challenger approached, this time asking the question: “How did earth become the Planet of the Apes?”. In my opinion this film, titled Rise of the Planet of the Apes, was merely a cash-grab and an attempt to beat a dead horse; but as it turns out it’s actually really fucking good. Rise of the Planet of the Apes follows Will Rodman (played by James Franco), a scientist working on a cure for Alzheimer’s disease. While testing his miracle drug on apes, something goes wrong and the entire program is shut down, and all of the apes killed; well, all except for one. Will rescues a baby ape that is the child of one of the apes that were being tested, as it turns out this ape (named Caesar) is smart as shit. The rest of the movie is essentially chronicling how Caesar learns to hate humans and starts an ape rebellion.

So like I said Rise of the Planet of the Apes really had no right to be good, but it was anyway. They could have easily taken the Planet of the Apes franchise and turned it into a mindless action film or a terrible film meant only to trick audiences into going to the theatre, but you can tell that Rise of the Planet of the Apes had people that really cared working on it. Rise of the Planet of the Apes is able to connect you emotionally with a character who is not human, and have the movie carried by this same character. It’s able to make you feel so many emotions throughout the entire film that it almost feels like it is manipulating you. What it manages to accomplish is astounding, and I’m afraid that my words won’t do it justice. The main thing I loved about Rise of the Planet of the Apes was the pacing throughout the entire movie, along with the tonal shifts. The beginning of the movie is paced very quickly, showing you glimpses of Caesar’s early life, but the way it is done makes it feel like you are experiencing these events in real time. This allows you to grow fully attached to Caesar as you watch him do all of these almost sickeningly cute things for the first forty minutes of the film. But then things start to change; plot slows down (time-wise, not a pacing issue) and we are slowly introduced to the harsher reality of Caesar dealing with humans. Growing up around Will and his father his whole life, he doesn’t understand that he is different and people are unfortunately afraid of him. This takes the movie from cute, to heartbreaking. We have to watch Caesar come to terms with how the world really works, and it really is sad as shit. This tonal shift, while it may seem drastic, is done so subtlety that you don’t even notice it until it’s too late. Then the movie switches yet again, and becomes about revenge. Caesar is pissed and he wants everyone to pay. This changes the tone to one that is a lot angrier than the ones we have seen before, but it is also kind of triumphant. Despite humans getting their asses kicked we are cheering for the victory of the apes because we have seen first hand the shit that they go through. These tonal shifts, as well as the character development, create what is a very layered experience. You leave the movie having felt fulfilled. You feel like you’ve just been on a great journey; you’ve laughed, you’ve cried, you’ve cheered, and you feel like you got your money’s (or your time’s) worth.

Apart from the brilliant writing in the film we have to talk about the performances. In Rise of the Planet of the Apes you have James Franco playing Will Rodman who does a great job at playing the heartfelt scientist character. He cares about Caesar, but he also cares about doing what is right. You also have John Lithgow (who I totally forgot was in this movie, by the way) who plays Will’s father and does an amazing job with his very heartbreaking portrayal of an Alzheimer’s victim. I also feel like I have to mention Tom Felton who once again got typecast as a villain. Felton does such a good job at making your skin crawl and also making you want to reach through the screen and slap him across the face. He really is the perfect catalyst for Caesar’s transformation, because if any one of us were this motherfucker’s prisoner, we’d start killing dudes too. But easily the star of the movie is Andy Serkis, who delivers one of the best motion capture performances that I’ve ever seen. As Caesar, Serkis not only nails all of the mannerisms that apes have, but he is also able to convey so much emotion with no words at all. All of the character development that I mentioned before was all thanks to Serkis’ amazing performance, and honestly I don’t think I’d be talking about this film today if it weren’t for him. And on top of that amazing performance we also have some of the best CGI to come out of 2011. I know that it is only 6 years ago, but every single effect in this movie still looks spectacular. All of the primates look so lifelike that you start to wonder if they actually used real ones. It truly is astounding.

Overall Rise of the Planet of the Apes is a movie that exemplifies why preconceived notions are dangerous. What looked like a lazy cash-grab reboot of a franchise nobody cared about, became one of the better movies of the past decade. With brilliant performances, amazing CGI, and a story that will take you on an emotional roller coaster, Rise of the Planet of the Apes proves that you shouldn’t judge a book by it’s cover.

I give Rise of the Planet of the Apes an A