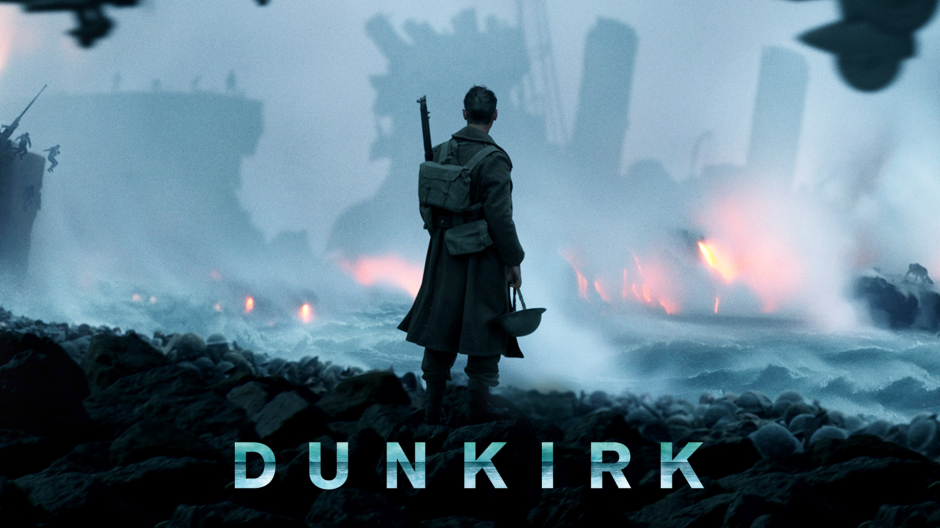 “… Dunkirk lacks almost everything that I would classify a movie as having.”

Dunkirk starts off with some information. It tells you about Dunkirk, a place in France where during World War 2 the allies (the good guys) were surrounded by enemies and essentially waiting to die. The film intercuts this information with silent footage of a few soldiers walking around an abandoned city looking for food, water, and cigarettes. This educational moment is cut short by some of the fucking loudest gunshots I have ever heard in a movie theatre. This is Dunkirk.

So what is Dunkirk about? I have no clue. Other than the information given at the start of the movie (which is all I knew before I went into the movie, might I add) I can’t tell you one thing about Dunkirk. This is really the root problem with Dunkirk in my opinion: Dunkirk is not a movie. Yes, technically anything you say is a movie is a movie (you can’t judge art and all of that) but Dunkirk lacks almost everything that I would classify a movie as having. A main character? Couldn’t be found. A coherent plot? Nowhere to be seen. Any sense of attachment to literally anything on screen? Nope, try another theatre. What Dunkirk is, in my opinion, is a number of loosely connected vignettes that bear the message “war is bad”. The root of this problem in my eyes was the decision to have Dunkirk told through non-linear storytelling. Really Nolan? Did you let the internet get to you so much that you think you have to “mindfuck” us with a true story? There was absolutely no reason for the story of Dunkirk to be told out of order, and to be honest (at least in my head) it would have been better had it been told traditionally. Instead of having this very emotional story presented to us in many small, jumbled pieces that we then have to assemble on the fly to understand what is going on, we could have had a coherent story that chronicled the horrors and bravery showcased on that day.

And because of this “visionary” way of telling a story, none of the performances stuck with me either. Instead of being sucked into this story and living these events along with these characters, I was scratching my head trying to figure out if this part of the movie takes place before or after the last part, and who each character is. And it certainly doesn’t help that 33% of the story (Tom Hardy) is completely unintelligible. Seriously, what is it with Tom Hardy picking roles (specifically those written by Christopher Nolan) in which no one can fucking hear him speak? I can only imagine that the lines he was delivering were very heartfelt, but that’s the problem, I have to imagine them. As for all of the other actors in the film none of them, save for Mark Rylance, really stood out to me. Everyone was scared and stoic, which I guess is what soldiers should be. So in that case, Oscars all around?

Dunkirk is accentuated by a Hans Zimmer score, but don’t get too excited because it too is a disappointment. Do you want to know why it was so hard for me to get into the story that Dunkirk was presenting? I’ll give you a hint: tick, tock, tick, tock, tick, tock. This incessant ticking, along with a score that treats every second of Dunkirk as though something major is right around the corner, sets you up with false expectations and leaves the already hard to hear characters (like good ole Bane) silent in its wake. Don’t get me wrong, I absolutely loved the score for Dunkirk; the problem I have is that it fit with maybe 25% of the film. The rest was not great.

And that’s not an uncommon theme with Dunkirk, because there are other things that I like in theory but the execution leaves a lot to be desired. I saw Dunkirk in 70mm IMAX (if you’re wondering it was worth every penny), and all of the shots were fucking beautiful. Seeing spitfire planes fly low over the heads of countless soldiers all the while bullets rang out in the distance, all on a screen that’s bigger than my house; it was fucking amazing. The problem arises when the film decides to switch from IMAX, to standard resolution. Now I know that movies are expensive, and IMAX is one of the most expensive ways to shoot a movie so I’m not giving Nolan shit for not spending a billion dollars on this film, No I’m giving Nolan shit for making the transitions so fucking noticeable. Watching Dunkirk in IMAX was great. I remember specifically a scene in which two commanding officers are having a conversation on a pier. The scope of what you are seeing is absolutely immaculate. The sky stretching so far into the horizon that it meets with the sea, the sea itself tossing and turning not unlike me last night (I was excited to see this movie), and the colour of the frame is something that words can barely describe. Though the sky was overcast the light breaking through the clouds was visible, giving everything a nice, almost fluorescent look to it. Smash cut to a frame that is half of the size, and that completely changes the colour (which is my biggest complaint) to a dark blue. Now instead of the sky looking like an ominous grey that foreshadows the impending doom of these soldiers, it looks like I’m watching The Day After Tomorrow and there’s about to be a fucking ice hurricane. These transitions felt so fucking cheap to me, and honestly they made the rest of the movie kind of fall apart. Instead of watching this epic war tale I was left with a terribly cheap reenactment, the likes of which you would find of the History channel at 3pm on a Wednesday.

Despite all of the shit I’m giving Dunkirk I will give it one positive: the ending. This isn’t a joke about me being thankful the movie was over either, I really did like the ending of Dunkirk. I think part of the reason it resonated with me so much was because toward the end of the film all of the non-linear story bullshit was gone, and we were left with a truly touching story about the heroism that occurred on that day many years ago. I didn’t cry while watching Dunkirk, but I will admit to you that I was close. Just before the credits rolled I could feel something in my throat; and despite all of the bad that Dunkirk delivered I was moved. But then the credits started and that was that.

Did I hate Dunkirk? Absolutely not. Did I like it? No. I feel that Dunkirk had a really good heart, but the presentation of the story just didn’t do it for me. Instead of delivering an amazing story of heroism with stunning visuals, Nolan had to go for the “mindfuck” route and seemingly take a pair of scissors to the final cut of the film. I do like a lot of things in Dunkirk, but the problem is I like them separately. The amazing cinematography, the bone-chilling score, the phenomenal story; all of these things are amazing in a vacuum, but as soon as you put them together, slap a bow on them and call it “Dunkirk”, it all falls apart. I still like Nolan, but from now on I think I’ll stick to Jonathan instead of Christopher.

I don’t know what to give Dunkirk. I feel like a B is too generous, but I feel like a C is too harsh. I think about how much I hated certain things and I want to give it a terrible score, but then I think about the ending (among other things) and I think that those missteps deserve a pass.

I give Dunkirk a C

But don’t get me wrong, it’s a very hesitant C.