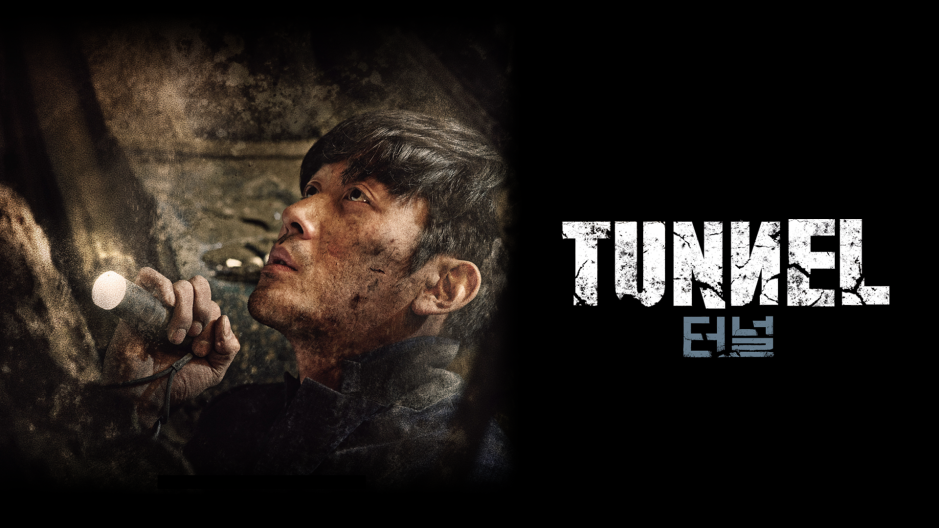 “Though I assumed that it would be a fairly surface-level drama, I was surprised at just how emotional it got.”

Last night I watched the South Korean film Tunnel, and I liked it a lot more than I thought I would. I say that because I often saw people mentioning Tunnel with the movie Train to Busan, and since I wasn’t a huge fan of Train to Busan I assumed that Tunnel would be about the same. I was wrong. Tunnel is a movie that follows Lee Jung-soo, a business man who is coming home from work when the tunnel he is driving in collapses. He then has to survive long enough for the rescue workers outside to find him, and save him.

Now one thing that kind of surprised me with Tunnel was just how large the scope of the story was. When I tell you that Tunnel is a movie about a man trapped in a tunnel, that’s all you assume you will get; but Tunnel has so much more. It really got the most out of the story by including things like media and public reactions which both acted as a commentary on society as well as kept tensions and interests high. At about the 30 minute mark I was kind of fatigued; we had seen this guy trapped in the tunnel for what felt like an entire movie, and I was worried that the movie wouldn’t deliver any more than that. Once again I was wrong. Tunnel kept finding ways to make this subject even more interesting than it was was the start. In terms of the tunnel itself, I found it interesting how Tunnel really leaned into the whole ‘living in the tunnel’ thing by having the character do things to make it feel more like his home. This added a very human element to the story, and it also made sure that you grew more attached as the story went on. It was details like this that kept the story really enthralling throughout, never really having any low-points in my eyes. When we weren’t focused on Lee Jung-soo trapped in the tunnel, we could always shift to Lee’s wife Se-Hyun who had a very emotional story of her own. And even when that falls through we have the story of Dae-kyung, the leader of the rescue operation who is obviously very invested in his job. All of these points really kept Tunnel interesting, even when it had very little right to be. From start to finish I was engaged in this story, and I wouldn’t hesitate to watch it again.

Now that’s not to say that there weren’t a few moments of contention I had with the movie, specifically the writing during a few parts. Now during movies it is easy to project your own ideas on to the characters on screen, and this isn’t always fair due to dramatic irony. Going into this movie I knew that Lee Jung-soo would be trapped in a tunnel for an extended period of time but he didn’t. This means that when he does something like drunk half of his water supply in about five minutes, I’m going to get upset because that’s a dumb thing to do. Of course this goes back to dramatic irony. I knew things that he didn’t know, which made my anger a little misplaced. That being said there were a few moments that made me mad, despite the fact that I knew what was going to happen. There are a few moments throughout the movie where Lee Jung-soo does something dumb because he is overreacting to something emotional. That’s fine, and I understand that people react to situations differently (I also admit that if I were in that situation I would handle it like a little bitch), but it was still frustrating to see him do things that were detrimental to his survival in a heated moment. But to counteract these frustrating moments we have wonderful performances to really bring home how great of a movie Tunnel is. First up we have Ha Jung-woo who played the main character, Lee Jung-soo. There was so much emotion found in this role that I was constantly transfixed. And you also have his wife played by Bae Doona. This is where most of the heart of the film was in my opinion. Not only did we get to watch Lee Jung-soo survive while buried in a tunnel, but we had to watch his wife essentially deal with every outside aspect of the tragedy such as the media, the government, and the public perception. This, on top of knowing that your husband could be dead at any minute, really painted a tragic picture and Bae Doona conveyed that beautifully. And finally you have Oh Dal-su who played the leader of the rescue operation. I would argue that he was the second main character of the movie because a lot of it really did focus on his struggle to get people to be as passionate about this as he was. There was a human trapped under a bunch of rubble, and he seemed to be the only one who really gave a shit. This struggle was brilliantly portrayed by Oh Dal-su, and it might have even been my favourite part of the movie.

Overall Tunnel is a movie that kind of caught me by surprise. Though I assumed that it would be a fairly surface-level drama, I was surprised at just how emotional it got. Throughout the film I was constantly invested in what was going on, and I can honestly say that I wouldn’t mind watching it again. The story is great, the performances are great, and it really offers more than you think is possible with a movie about a guy trapped in a tunnel.

I give Tunnel an A