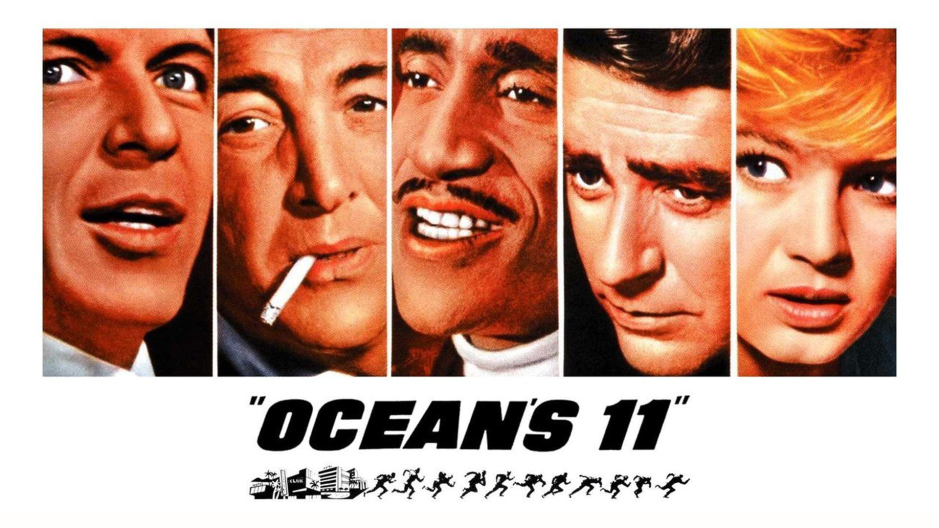 “… obviously a way for the Rat Pack to hang out and get payed to do it.”

Yesterday I decided to watch Ocean’s 11, the original Ocean’s movie that starred the Rat Pack. I did not enjoy it.

One thing that is unique about the Ocean’s movies is that they feature a lot of characters; eleven to be exact. This means that the beginning of Ocean’s 11 was a complete fucking mess of trying to introduce and achieve a connection with all of these different characters. This creates a positively boring experience that goes on for entirely too long.

I will admit that as the film gets to the real meat of the story, the heists, it does pick up. There is a little bit of repetition during the set-up portion of this part of the movie due to the crew knocking over five casinos at once, but the heist itself was actually pretty fun to watch.

Unfortunately the ending of the movie once again goes on entirely too long, and apart from the pretty funny ending it left me feeling bored and anxious to get the end credits. Apart from all of that the performances were fine and the music was good (I mean, it is the Rat Pack), but I wasn’t a fan of the weird blackface routine; call me old-fashioned.

Overall Ocean’s 11 was an interesting movie. And by ‘interesting’ I mean I really wasn’t a fan. It was long, boring, and obviously a way for the Rat Pack to hang out and get payed to do it.