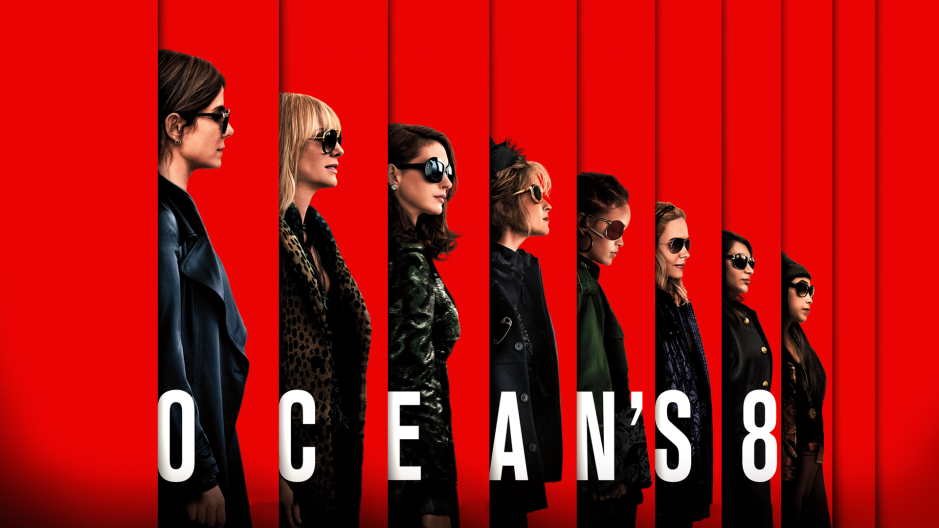 “… managed to trip over the bar that the rest of the franchise had set.”

Ocean’s 8 is a movie that has been getting some unnecessary flak becasue it takes the idea of the Ocean’s movies, an all-male cast pulling off an amazing heist, and replaces the men with women. As it turns out, the internet doesn’t like that. Now I don’t give a shit what gender or race or creed that actors in a movie I watch belong to, but I understand why it is important to have representation in Hollywood. I went into Ocean’s 8 with low expectations not becasue the movie featured an all female cast, but becasue the Ocean’s movies peaked with Ocean’s Eleven, and that was in 2001. There was no fear for me about Ocean’s 8 tarnishing the reputation of the Ocean’s franchise, becasue the franchise didn’t have that great of a reputation to begin with. It has a terrible movie (if you count the original), an amazing movie, another terrible movie, and a movie that’s fine. Sure the movies are fun, but they are far from masterpieces. But even with the stakes this low, Ocean’s 8 managed to trip over the bar that the rest of the franchise had set.

The Ocean’s films have two main components: The job, and the characters. Ocean’s Eleven took these components and perfected them, delivering a complex but fun to watch heist, and a group of characters who were all interesting but also worked well as a group. Ocean’s 8 fucked up both of these components pretty horrifically, and I guess the first thing I’ll start with is the job. If you’ve seen the trailer for Ocean’s 8, you understand the setup. Eight women decide to steal a very expensive necklace from the Met Gala. If you’re familiar with the Ocean’s movies you’ll understand that problem with this immediately: It’s too simple. Ocean’s Eleven had the crew knocking over three casinos at once, Ocean’s Twelve featured a series of complex heists that led up to stealing a highly protected artifact, and Ocean’s Thirteen, while they were only robbing one casino, it was the Fort Knox of casinos. Each of these movies set up the heist as having very high stakes. We felt the tension as the group was introduced to the concepts, and we were on the edge our seats the entire time knowing that anything could go wrong and ruin the entire operation. Ocean’s 8 by comparison is just a smash and grab. Sure there are costumes and characters, but the heist was made way too simple. It felt like there were no obstacles throughout the movie that the team had to overcome, and that means when the ending comes around I didn’t care if they won or lost. I couldn’t have been more removed from the outcome of this film becasue they did nothing to rope me in.

And the same thing goes for the characters in Ocean’s 8 as well. Ocean’s Eleven was the only movie that had to introduce all of the characters, but if you look at that movie compared to Ocean’s 8 the difference is night and day. Ocean’s Eleven did an amazing job of not only introducing the characters in a way that highlighted their skills, but also made it fun for the audience. It truly felt like Danny Ocean was assembling the best of the best. They were traveling around the world seeing these individuals in their natural habitats, and that also allowed for the characters to feel more real. Ocean’s 8 on the other hand just kind of gets whoever is closest. The only real “expert” that we get to see is Constance (played by Awkwafina), and during her shtick Sandra Bullock is making fun of how anyone could do it. There was absolutely nothing that made me believe any one of the characters were needed. The only reason they were a part of the heist was because Debbie Ocean needed a buffer becasue she was on parole. Let’s be real, watering down vodka and selling shit on Ebay aren’t impressive character traits. And becasue there were only eight of them there was less of a chance of them blending in. Ocean’s Eleven did a good job of making every character likeable, but also making sure that not one of them stole the spotlight more than the others. They were playing off of each other, and kind of allowing one another to be the ‘best’ character every once in a while. Ocean’s 8 had a smaller cast which means each character got more focus, and they just weren’t ready for that. Maybe if there were eleven of them to help balance out the mediocrity that was felt throughout the film it would have been fine, but with what we got it was pretty disappointing.

Now I know I spent most of this review comparing Ocean’s 8 to Ocean’s Eleven, but can you blame me? The movie is part of a franchise, I can’t very well forget that fact. And I know that Ocean’s 8 tries really hard to separate itself from the other Ocean’s movies, or at least from George Clooney for some reason, but it took the name; it has to carry that weight. I don’t hate Ocean’s 8, and I don’t even think it’s a bad Ocean’s movie. Sure the ending drags on for a little too long, but I can look past that. I guess it’s just a matter of fact that movies under the Ocean’s umbrella will never be as good as Ocean’s Eleven.

Overall Ocean’s 8 was fine. It was nowhere near something like Ocean’s Eleven, but that was lightening in a bottle. I do think that the characters in Ocean’s 8 could have used a little (or a lot of) work, but I didn’t hate the movie.