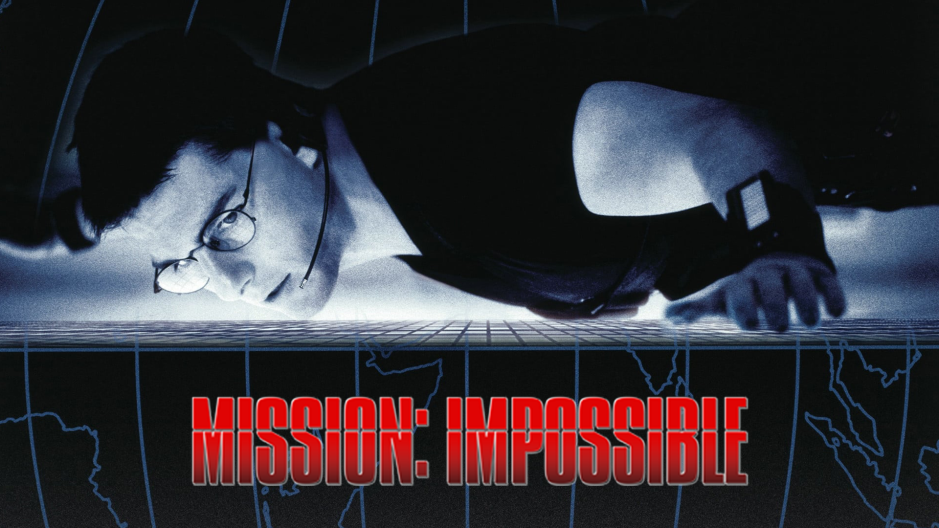 “… did a good job of paying homage to its roots, while also making something that was fresh and fun.”

Now Mission: Impossible was originally a television show in the 60’s, and almost immediately this movie pays homage to that fact. The opening credits are not unlike the ones you would find during prime time after getting home from your job at the bumper chroming factory and sitting on the couch with a nice cold beer. But it was also very reminiscent of the television show in tone as well. The original series was very much of the ‘spy thriller’ genre. Watching the new movies in the Mission: Impossible series might lead you to believe that it was essentially rebooted as an action movie franchise, but its roots are still firmly in the spy thriller genre. Mission: Impossible has very little action in it. Aside from he climax of the film, the plot is actually very subdued and pretty simple. But this isn’t a bad thing.

Mission: Impossible takes an idea, a fairly simple idea, and fleshes it out to the point that it becomes interesting. The greatness is found in the details of Mission: Impossible, not really the grand scheme of things. For instance, the mission itself isn’t really that impossible. It is hailed as the “Mount Everest of hacks” by our main character, but we never get to experience those trials/tribulations becasue it’s over in a few minutes. But if you look at that sequence by itself, its brilliant. It’s intense, it’s fun, it’s iconic; it’s perfect.

I will admit that the plot of the movie, especially compared to the later films in the series, was kind of slow. It was never too boring, but some things just went on for a little too long without anything major happening. You know? To me it feels like Mission: Impossible could have used a few more cuts, or just some restructuring to make it a little tighter in the end.

Despite Mission: Impossible emulating the feel of the television series I felt it did a good job of updating it as well. Granted this ‘update’ was for 1996, so by now it looks pretty dated during some parts. luckily the only major issue I had with the look of the film was during the only major action set piece which was at the end of the movie, and that is also a testament to how making the movie slower added to the longevity of its impact. That last sentence kind of got away from me but I hope you understand what I mean.

Overall Mission: Impossible is a solid first entry into a film series. It did a good job of paying homage to its roots, while also making something that was fresh and fun.

I give Mission: Impossible a B