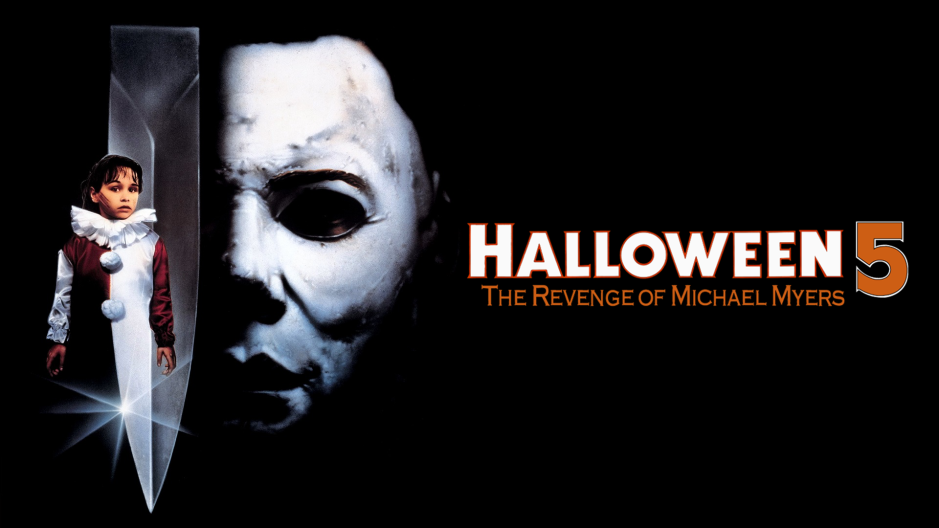 “There is no doubt in my mind that you could edit Halloween 4 and 5 together and make a solid entry for the series.”

When I mentioned that I was planning to watch all of the Halloween movies, I was met with a lot of people trying to convince me to not do that. “There are too many of them”, “Only the first one is good”, “What’s Halloween?”; these thoughts burrowed into my brain like moles in a garden. By the time I got to Halloween III I had convinced myself they had been right all along and I was an idiot for trying to fight Goliath with nothing but a blu ray player and intense depression. But then Halloween 4 came along and things weren’t as bad as I expected. And luckily Halloween 5: The Revenge of Michael Myers followed suit.

I really liked the beginning of this movie. It did a great job of bridging the gap between itself and the last film, and also it was very well done. It was intense, well thought-out, and honestly much better than it had any right being. So what went wrong? Well, much like Halloween 4 things just got boring. Michael Myers wasn’t doing enough killing, the characters weren’t interesting enough, it suffers from identical problems to the last film but instead of the ending being strong this time it started off on its best foot.

Halloween 5: The Revenge of Michael Myers had a lot of new problems too. First of all, why is there always something wrong with Michael Myers’ mask now? Last movie it looked like shit, and this movie he refused to tuck it into his collar so he appeared to have a neck that was three feet wide. I don’t get it, the mask is the least complicated aspect of these movies. They nailed it in the first two, why is it so hard now?

I also felt that Halloween 5: The Revenge of Michael Myers played a little too far into the ‘tongue-in-cheek’ area. What I’m specifically referencing here, though it isn’t the only example, are the two idiot cops. Now I call them idiots not because they do stupid things, they were actually about as competent as every other police officer in this movie, but becasue the movie made me think they were idiots. How is that possible? Well as soon as they are introduced the music abruptly changes to something that sounds like it belongs in a circus, and it is accompanied by “hilarious” sound effects. I guess the filmmakers felt that there needed to be comedy in this movie for whatever reason.

But aside from Bozo the Clown being the sound engineer, Halloween 5: The Revenge of Michael Myers also had another issue. About halfway through the film we see a bus pull up, and out of this bus walks a character dressed in all black. We only see their shoes at first, black cowboy boots with metal tips, but later on we get to see that their are essentially dressed like Van Helsing. Who is this character? I couldn’t tell you. They appear at seemingly random intervals throughout the story and they are not connected in any way to the goings on of the other characters. The only purpose they serve is right at the very end of the movie, seemingly to set up yet another film in the franchise. My question is a pretty simple one: Why? Why introduce the character so early? Why introduce them at all in this movie? Why not properly introduce them? None of it made sense, but I guess it was only there to give Michael Myers a way to further terrorize Haddonfield in the next movie.

Overall Halloween 5: The Revenge of Michael Myers is not a bad movie, but it had a few problems. There is no doubt in my mind that you could edit Halloween 4 and 5 together and make a solid entry for the series. There’s just quite a bit of fat that needs to be trimmed.

I give Halloween 5: The Revenge of Michael Myers a C