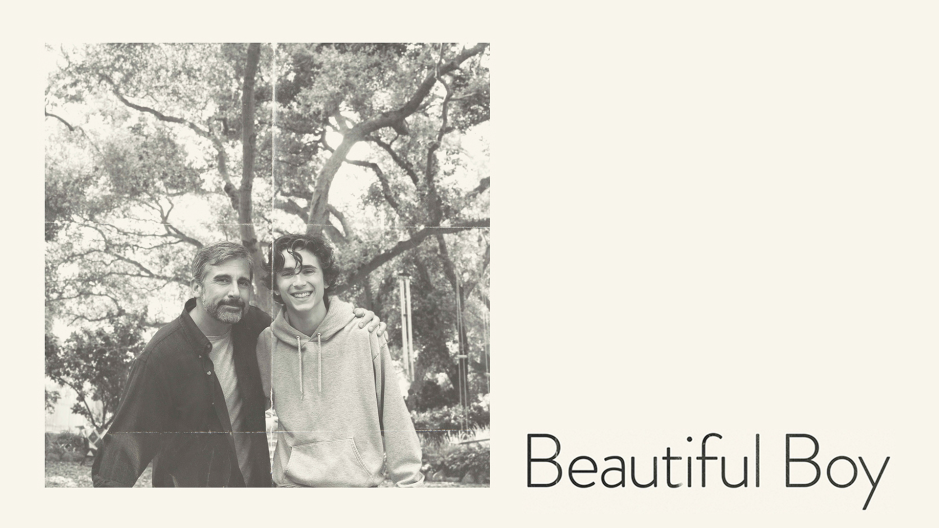 “… the focus on all aspects of the story led to a muted narrative.”

I’m always rather apprehensive when it comes to writing reviews about movies based on true stories because unlike all movies being personal, movies based on true stories are often really personal. This makes it feel like I’m attacking the person the movie is about rather than the movie itself. This obviously isn’t the case which is why I start off every review of the sort with almost this exact same explanation.

Last night I saw Beautiful Boy, a film about the Sheff family dealing with the addiction of one of its members. I don’t want to say that it’s a movie about Nic Sheff, the young boy who was tragically addicted to crystal meth, but it’s also not really about the rest of his family either; but I’ll get into all of that. The film stars Timothée Chalamet as Nic Sheff, and Steve Carell as his father David. The movie is kind of based on a novel of the same name written by David Sheff, but it also draws inspirations from the countless times this story has been written and talked about by the entire Sheff family.

So right off the bat Beautiful Boy had an interesting choice to make. It could portray addiction from the personal side with a focus on Nic, or it could focus on the impact of addiction by making the movie more about Nic’s family. Having read the book I would assume that they would have gone with the latter, seeing as that’s the point of view given and lived by David Sheff, but instead they decided to do a mix of both. This unfortunately left the entire film feeling as though it was held back in the sense that it couldn’t delve into any one of the topics due to time constraints.

This caused an interesting phenomenon with me personally where I couldn’t get connected to the story. The refusal to choose one side of the story and stick to it left the narrative feeling shallow which meant I had no reason to care. I was left gauging my emotions off of the people I was seeing on the screen to try and understand how I should be feeling as opposed to the movie taking me on an emotional journey. It was very weird for this to have happened to what is a very emotional story, so honestly I see it as a failure. In my eyes the filmmakers were thrown a Hail Mary with absolutely no one else around, and they managed to trip as soon as they caught the ball.

Easily the best thing about this movie was the performance of Timothée Chalamet as Nic Sheff; but this I where things get interesting. One criticism I would give about Chalamet (and this isn’t his fault) is that he didn’t look at all worse-for-wear. He looked absolutely fine which made the connection of him being consumed by drugs harder to make. At times it almost seemed like the movie wasn’t demonizing drugs at all which is a very dangerous game to play. Notice I didn’t say ‘encouraged drugs’ but know that the difference is very fine and Beautiful Boy was only one more scene away from earning that badge of shame. But Chalamet’s performance was phenomenal, although I think it was artificially improved by the fact that he had absolutely no one to bounce off of in the movie. He absolutely left every other actor in the dust. The main example of this would be Steve Carell’s performance.

I know Steve Carell can do dramatic acting, as he’s done it before, so I’m exactly sure what happened in this movie. It was almost as though Carell as a character didn’t care about anything and was just trying to fit in. His actions and reactions were always either way too subdued or over the top causing the performance to feel like a performance. I think the issue here is that Carell was drawing from the way Beautiful Boy (the book) was written in that David Sheff seemed really level-headed and analytical in his writing. I can only assume that Carell translated that into Sheff being level-headed and collected in every aspect of this story which I can guarantee wasn’t true. The book acts as infotainment so it was obviously written in a more analytical way, but Carell going off of that made Sheff seem like a robot.

Of course a lot of these issues get resolved toward the end of the movie when the last twenty-or-so minutes deliver a story and performances that I had been waiting for since I sat down in the theatre. Finally the movie showed us how detrimental addiction can be not only on the individual but the people surrounding them. I could have watched another two hours going from that point because that was the only time that Beautiful Boy was doing justice to the story provided.

Overall Beautiful Boy was decidedly mediocre. It wasn’t bad, but it did have a lot of elements that I could have done without. The performances, aside from Timothée Chalamet, ranged from passable to bad, and the focus on all aspects of the story led to a muted narrative. Luckily the ending came back strong, but it was too little too late.

I give Beautiful Boy a C