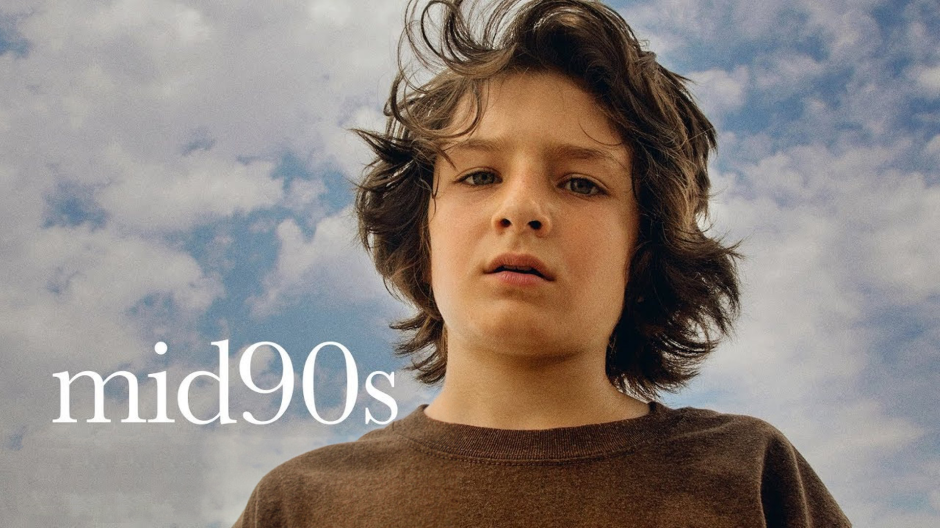 “… offers a fresh take on the coming of age story, but disguises that in a movie that is a blast to watch.”

Mid90s, Jonah Hill’s directorial debut and also a film he wrote, is a movie steeped in the titular style right from the start. The film follows Stevie, a 13-year-old boy who in an effort to fit in finds himself rolling with a local skateboard crew. Mid90s is a coming of age story, but it gives the audience a different perspective on the subject when compared to movies like Lady Bird (which is not a comparison I like to make, but I guarantee this isn’t the first time you will hear it); and no, the differences don’t stop with the gender of the main characters.

Like I mentioned Mid90s is a movie that really tries to take you back in time to the period when MTV played music and Arnold Schwarzenegger was still just an action star. It does this not only with the outfits and soundtrack, but also with simple things like the general appearance of the movie. The 4:3 aspect ratio coupled with the ‘digital warmth’ not unlike that achieved by a VHS camcorder makes Mid90s feel authentic. And of course that’s only the beginning.

Mid90s is populated with performances that never feel out of place, and I think a big part of that is who Jonah Hill decided to cast. I didn’t recognize more than two actors in this movie and that really sold the anonymity of the time, perpetuating the idea that it’s not who you are but what you do that defines you. The film is led by Sunny Suljic who, if this movie is anything to go by, has a very bright future ahead of him. I haven’t seen a child performance so compelling since Jacob Tremblay in 2015’s Room. Seriously, Sunny never misses a beat or does anything that feels out of character. He hits the high-notes, he kills the low-notes; everything about it was honestly impressive. And of course the other actors in the film do a great job of not only filling out the world presented and making it feel real, but also giving pretty compelling performances throughout as well.

I don’t like jumping to conclusions because I don’t want to invalidate any of the actors in the film and I also don’t know what went on behind the camera, but if I had to guess I would say that a lot of this praise deserves to go straight to Jonah Hill. I only say that because these actors are far from well-known, so to have them all be so phenomenal leads me to believe that there was either a demonic deal signed or it is all thanks to Jonah Hill’s direction. I’ve heard that actors make the best directors simply because they know what it’s like to be on both sides of the camera, and Mid90s acts as concrete proof of that fact to me.

What I found most interesting about Mid90s was the story, which really takes a more cautionary look at the process of trying to fit in. It’s hard to pinpoint exactly what I mean here, but if I were to try and summarize it I would say that Mid90s takes a ‘grass is always greener’ approach to the coming of age story. Not that it condemns any group or individual for trying to find a group, but to me it tackled the idea that nobody is happy. Regardless of how much they may look or talk about it, there is pain often times hidden in plain sight. And that’s what I think Mid90s was trying to say. It’s not so much a coming of age story in the sense that Stevie finally found acceptance in a group, but that he learned one of the world’s harshest realities: happiness can only come from within.

Overall Mid90s offers a fresh take on the coming of age story, but disguises that in a movie that is a blast to watch. It’s funny, compelling, has a killer soundtrack, and is positively steeped in the aesthetic of the time on display.