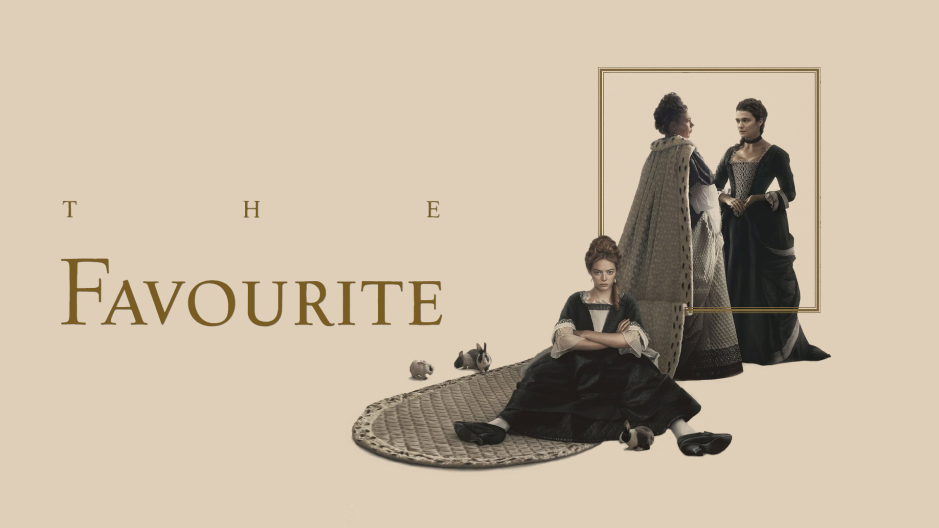 “…plays both hands in every sense of the term and it is truly something to behold.”

The Favourite. A biting commentary of Victorian-era royalty from the magnificent mind of Yorgos Lanthimos; the same mind that brought you The Lobster. It pretty much goes without saying that The Favourite is weird. It’s a story of betrayal, love, sex, and a whole lot of jokes that do not belong amongst those in charge of a country.

The Favourite is pretty obvious in terms of commentary of the times. Although the trailer was pretty straightforward about the film’s tone I never got used to the jarring nature of hearing Ladies speak of sexual assault or The Queen fawn over bunnies, and that was the point. The Favourite does a great job of never letting you forget that the people we are seeing are above us. They are royalty, and they are powerful. But it also goes to great lengths to highlight just how like us they are. And it goes one step further by insinuating that we are in fact above them.

The Favourite pretty much thrives on juxtaposition. Most of the comedy comes from these highborn characters saying the crassest things that one could imagine. This once again aims to sully the image we as a society have given this era, each joke chipping further away at the pedestal we have placed them on.

But of course this juxtaposition only works because the world feels so real. Both the set and costume design immerse you in this 18th century setting and doesn’t let you leave. The pale colour palate and minimalist yet haunting score keep your attention just piqued enough that you never look away from the screen. With the look and the subject matter at constant odds The Favourite exists as a strange experiment, almost as if the Renaissance had taken place in the 1960’s.

All of this is punctuated by the phenomenal performances given by not only the three leads (Emma Stone, Olivia Colman, and Rachel Weisz), but also the band of supporting characters who managed to brilliantly flesh-out both sides of this world; the regal and the— well, the side that seems like it was written by the Farrelly Brothers.

I will admit that the cinematography, specifically the repeated use of the wide-angle lens, was a little jarring at times and the movie did seem to drag its feet here and there, but overall The Favourite was a tremendous experience that lends itself to rewatches with both it’s laughs and suspense.

And that’s what sets The Favourite apart. It set up these characters who were only punchlines, each one more ridiculous than the last, and made you care about them. While The Favourite has you gasping for air one minute, the next it has you transfixed on one of the phenomenal outbursts given by Colman or even on the edge of your seat during one of the numerous confrontations between Weisz and Stone.

The Favourite plays both hands in every sense of the term and it is truly something to behold.

I give The Favourite an A