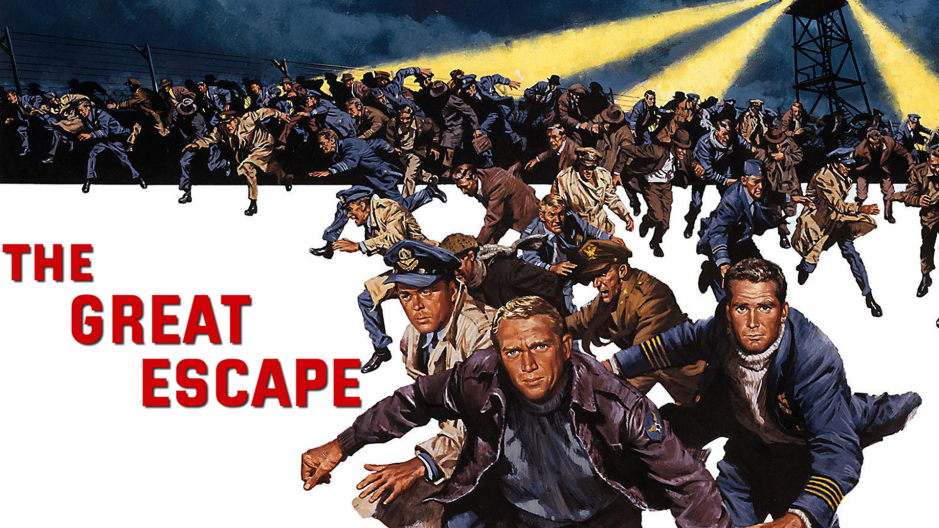 The Great Escape. You know, that movie that your uncle is always watching whenever you go over to visit him in his smoke-filled apartment. He doesn’t own a copy of it but he always seems to find whichever channel is playing it on cable. I fucking hate this movie. Not because it is a bad movie, actually because of the opposite. There are very few parts of The Great Escape that I dislike, which is why I despise it so much. Let me explain.

The Great Escape is three hours long. It’s a movie about a bunch of soldiers escaping from a Nazi P.O.W. camp, and it’s THREE HOURS LONG. That’s reason enough to hate it right there. The Great Escape starts off good enough, but due to the fact that it’s based on a (allegedly embellished) true story they think it’s okay to drag their fucking feet at every turn.

The fuckers don’t even start their real escape until halfway through the movie. That’s 90 minutes of them whistling, gardening, playing catch, and just being normal guys. I understand full-well that this film is as nationalistic as it gets. Not in the sense that it’s American (seeing as only a few of the soldiers in the movie were American), but in the sense that they show these prisoners of war taken by the Nazis, easily the most hated group in the history of the world, and they demonstrate that they don’t lose their humanity. It’s actually really touching, but they take liberty with this by extending these portions of the film to almost astounding lengths.

You could trim this movie down to about two hours, maybe even a tight 90 minutes if you were a great editor, and get all of the same information out of it. Well, not all of the same information. See, The Great Escape does this thing where every single character is a main character. That means they all get a lot of screen time for their individual stories (despite their stories being almost identical) which eats up most of the runtime, as well as my patience with the movie. So I tighter edit would get rid of that, but is that really a bad thing?

The first thing to go in my opinion should be the last hour of the movie. After the escape, we spend an ungodly amount of time with every single person who is now free. That’s 75 people. That’s too much. And the real kicker is that the movie (SPOILER ALERT) has them get caught again at the end. What’s the point of making them look so great if you’re just going to make the Nazis look better? I don’t get it.

But I was being serious when I said that I liked this movie. I thought all of the parts were brilliant, unfortunately the sum was boring as sin. The Great Escape features wonderful performances from a star-studded cast, a high-octane narrative with a surprisingly light tone considering the subject matter, and writing that does a good job of keeping you relatively engaged throughout. That last one might not sound like me praising the film, but trust me if the writing was any worse there’s no way I could have sat through it.

But it’s the runtime that kills this movie for me. I absolutely loved watching The Great Escape, but there’s no way I can respect a movie that doesn’t know when to quit. The masturbatory thoughts of these cool soldiers besting the Nazis was obviously at the forefront of the filmmaker’s mind. There is not enough story to fill three hours. They escape, then they get recaptured. That’s it. The rest is just fluff. Really boring fluff.

I give The Great Escape a B