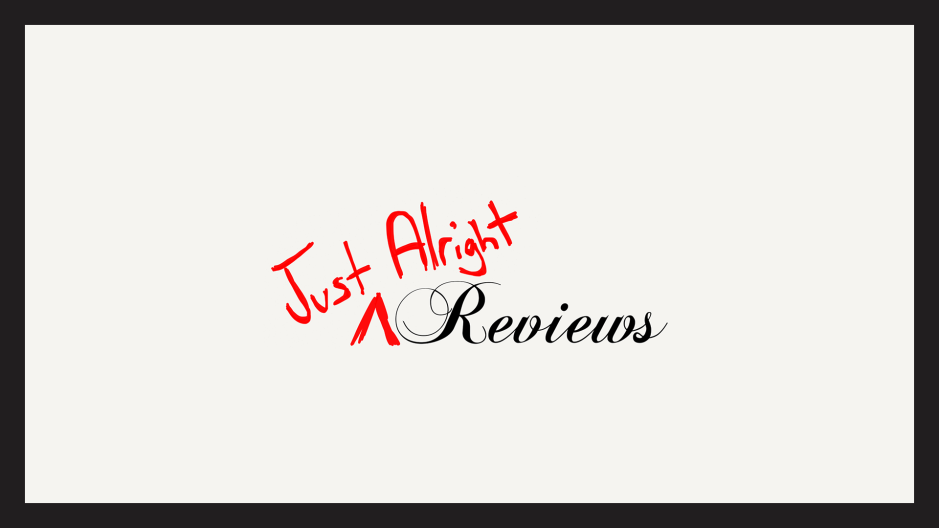 justalrightreviews.com is an ambitious attempt to break into the oversaturated movie reviewing world made by a teenager in the death grip of life. Running for just over three years, justalrightreviews.com is home to over 500 reviews, only about 200 of which having been read. This may come as a shock to the frequent readers of the website, all two of you, but it’s time I took this dog out back and put an end to its miserable existence.

When I started justalrightreviews.com I can honestly say that I was at the end of my rope. My best friend was moving away, my days consisted of mainly playing xbox, and I almost failed out of high school and was forced to attend a night school with who I can only describe as ‘public school rejects’. I felt as though I wasn’t being heard. I had all of these opinions and thoughts rolling around in my head but no one to listen to them. Enter justalrightreviews.com.

These reviews, if you can even call them that, are not good. Especially my early ones. But they gave me an outlet. I can’t deny the benefit this website has provided me. It not only acted as my therapist, but also helped me hone my writing skills (the quality of which can be debated). Oh, and it helped me learn Photoshop. Do I regret starting justalrightreviews.com? Absolutely not. If I was sent back in time I would probably start sooner if I’m being honest. It would have been nice to be known for something in high school.

As of late I’ve realized that my heart just isn’t it anymore. It’s a little disheartening to put in so much work and receive absolutely no feedback, but I’m not trying to blame anyone. If anything I’m at fault for trying to penetrate a market that is chock-full of assholes in graphic tees spouting the exact same opinion about whatever new superhero movie is gracing the big screen. Although I can look back fondly on my reviews for what they have given me, I can also understand that they’re not good. I mean they’re not bad, but they don’t stand out in any way shape or form.

I’m going to focus on other creative outlets that will hopefully give me more satisfaction. I understand now that art has to please the artist first and foremost, and anything else is just a bonus. With that in mind, these reviews have been more of a burden than a benefit to me for some time now.

This isn’t necessarily the death of justalrightreviews.com, but it is taking a hiatus. Who knows when it will come back. I’m going to reserve this website for movies that truly speak to me. If I see something and am utterly unenthused, no longer will I force myself to shit out 500 words about how mediocre of an experience it was. That’s not good material. I understand that now.

I’m not going to stop watching movies, or even rating them (ironically my least favourite part of the review process). Everyone has an opinion, and me stepping back from justalrightreviews.com does not mean I am getting rid of mine. I wish I could, but I’m afraid it’s here to stay. I just won’t be writing long-form reviews for every single film I watch.

Maybe this is a mistake. There is a very real possibility that I will be right back here in a few months as if nothing ever happened. But right now it feels like the right decision.

I know I didn’t have to write this, especially considering the fact that no one reads these things (that’s pretty much my catchphrase now), but this adventure treated me well and I felt obligated to give it a dignified death.

I give justalrightreviews.com an A+