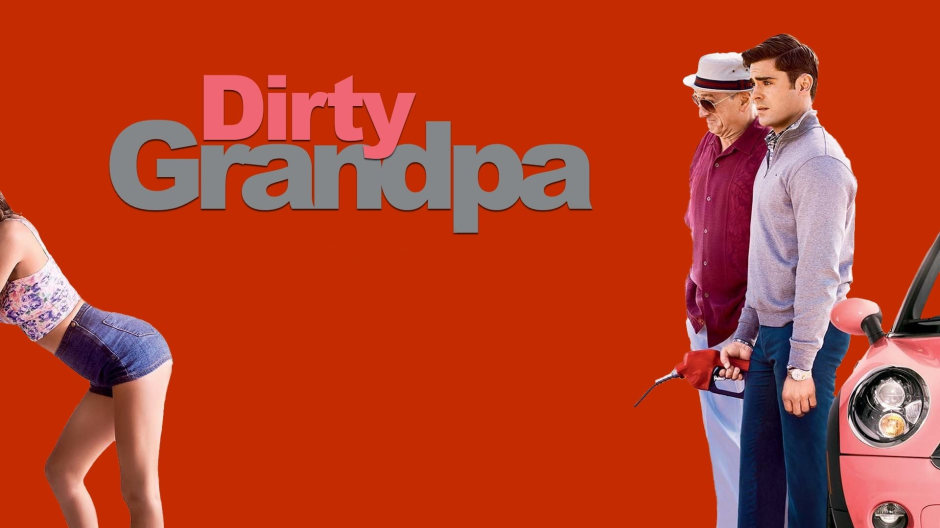 “It’s like this film was written by a 13 year-old with brain damage.”

Those of you who have been following my reviews will know that the past week or so has been dedicated to me watching the films of Denis Villeneuve. His films are good, but they take a lot out of you (especially when watched one after the other). To alleviate this I decided to “take it easy” and watch a nice little comedy. Unfortunately, what I decided to watch was more draining than anything ever directed by Villeneuve or anyone else for that matter. Dirty Grandpa is a film about a grandpa who, after the death of his wife, lies to his grandson and convinces him to go to Daytona Beach Florida with him. The purpose of this trip is simple: grandpa wants to have sex with a college girl. That’s pretty much it, because the rest of the film is filled with “jokes”.

I fucking hate this movie. It is hands down the worst movie I have seen all year, and it may be the worst movie that I have ever seen. I don’t usually care about other people, but if you are reading this and haven’t yet seen Dirty Grandpa do yourself a favour and never watch it. As a matter of fact, stop reading this review right now, go and find the five closest people and plead with them not to watch the film either. Dirty Grandpa is the worst “comedy” that I have ever seen because the film didn’t have any jokes. Instead, the writers decided that making Robert De Niro say the raunchiest shit would substitute for actual comedy. I’m not joking when I say there is a literally a scene where Robert De Niro screams “Fuck shit cunt ass fart”. It’s like this film was written by a 13 year-old with brain damage.

I feel that it goes without saying that “Urban Dictionary: The Movie” has absolutely no substance, but I’ll talk about it anyway. The film starts as all films do, with a montage of poorly photoshopped faces of actors onto old photos to make the audience feel a sense of history between characters. The film then introduces these characters and what we get are these blatant caricatures, or husks of a what characters should be. You have the old man who is the “bro”, calling people faggots and jerking off when he pleases; and you have the grandson (played by Zac Efron) who is essentially a giant pussy. Together they make the worst movie to ever grace my television set. You also get introduced to other characters namely the token black and gay guy, the drunk slut, and the “girl next door”. You may think that I’m an asshole for labelling these characters as such, but if you have seen the film you’ll know that these are the most apt descriptions. And then the film has the balls to try and shove all of the emotional scenes into the last 10 minutes of the movie. By this point I couldn’t care any less about the characters, as I was waiting for the sweet release of death, but the film tried anyway.

So the film continues spouting “jokes” for two hours and I shit you not time literally stopped. I remember checking to see how much time left I had to suffer this terrible “movie” and seeing that there was 80 minutes left. I stomached what felt like another 20 minutes and checked the time again; 80 minutes still. It was like I was the main charter in a Stephen King short story, doomed to live my life watching an awful movie for eternity. It was at this point that I started looking around me frantically for ways to end my suffering. Much like the patient in a mental hospital, all of the sharp objects in my immediate vicinity had mysteriously disappeared; so I was forced to watch. Luckily what felt like 3 hours later I was released from my own personal hell.