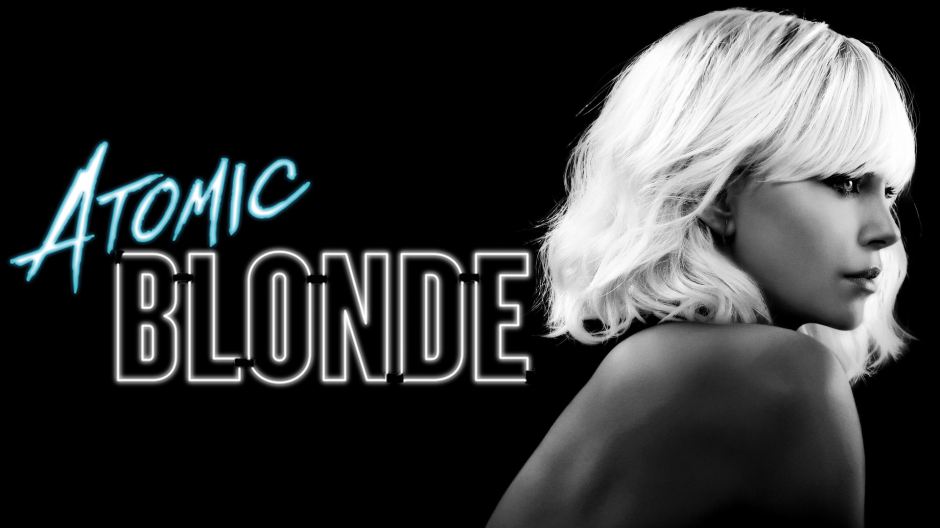 “… I thought I was going to see an action movie, but what I got was a spy thriller with a really dense story.”

So yesterday I went to see Atomic Blonde which is a movie that I have been looking forward to for quite some time, and unfortunately it didn’t live up to my expectations. Atomic Blonde is a movie that is about Lorraine Broughton, an MI6 spy who is sent to Cold War Berlin (just before the wall fell) to retrieve a classified document that could bring an end to the Cold War, but not for the good guys. The film follows Lorraine as she meets various connections, and essentially fights her way through Berlin one thug at a time; or at least that’s what the trailer led me to believe the film was about.

Atomic Blonde is a movie by director David Leitch who, for those who don’t know, is one of the guys behind the wildly popular film John Wick. Now John Wick is a movie that surprised me when I first watched it. I wasn’t expecting much but what I got was a nonstop, heart-pounding action with wonderful choreography and even better cinematography. So when I started seeing trailers for Atomic Blonde, I very naively thought “Oh, this is just a spiritual successor to John Wick”. I was wrong. See where John Wick presents a simple story (a man getting revenge for his dog) and punctuates it with obscene amounts of violence, Atomic Blonde presents one of the more convoluted stories I have ever seen and really only presents as many fight scenes as we see in the trailer. This is really the root of my dislike (for lack of a better term) for Atomic Blonde; I felt kind of cheated. Atomic Blonde presented itself as a kick-ass action film, and don’t get me wrong the action scenes we do get are amazing. The choreography is as good, if not better than John Wick. The fights are realistic, the camerawork is amazing and really captures the weight of every hit. Even small things like the characters actually getting fatigued as the fight raged on is something that I respected; once again it made the film feel more real. But the problem is that these awesome fight scenes are few and far between. What we get instead is this really dense espionage thriller that has double and triple agents, characters with multiple code names making the story even harder to follow, and interviews with superiors and superiors of those superiors. I quickly got lost in this story and I never found my way back.

One thing I will give Atomic Blonde is that I absolutely loved the feel of the film. Atomic Blonde takes place in 1989, so the aesthetic we get is one that is comprised of neon lights and Synthwave. Now I am an absolute sucker for the whole 80’s vibe, so I instantly fell in love with the world that Atomic Blonde had presented. And once again there were so many little details that made this world feel as real as possible. Things like the costume designs, which were not only very 80’s, but also very refined when you looked at most of the population in East Berlin. You also had these really cool title cards that would essentially spray paint locations on the screen just so you could keep up with the story (not that it helped in my case); and the soundtrack, don’t get me started on the soundtrack. Atomic Blonde features pretty much every song that was popular in the 80’s, and to make it even better most of them are punctuated by amazing fight scenes. One thing I also have to mention is the amazing direction in Atomic Blonde. Now I didn’t notice much about the films look (save for how stylized everything was) until a fight broke out in an apartment complex (you know the one). What followed is an amazing single shot scene that lasts for as long as I can remember. The use of handy-cam  in this scene means that we get to not only move around the fight getting the best angle of every punch. but it also means that every punch hits that much harder. Instead of these perfectly framed static shots that allow for the stunt coordinator to have some play, Atomic Blonde makes sure that we are getting the most realistic view of this fight which means the fight has to look real to sell it.

Overall I didn’t hate Atomic Blonde, but I’m pretty far from loving it. What it comes down to really is the fact that I thought I was going to see an action movie, but what I got was a spy thriller with a really dense story. Is that my fault? Is that the fault of the (in my opinion) misleading trailers? I don’t know. What I do know is that the actual action parts of the movie are fucking incredible, and if the rest of the movie had focused around them instead of using them as promotional material I would have had a much better time.

I give Atomic Blonde a B