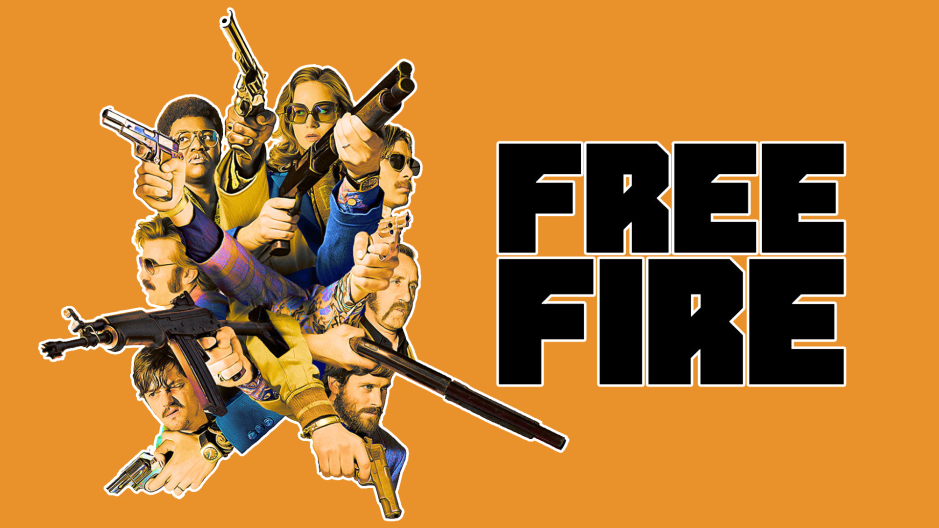 “… relied a little heavily on a single joke, but the writing and the effects made up for most shortcomings in the story department.”

Yesterday I watched Free Fire, which is a movie that I wanted to see when it was released but I quickly forgot about it after trailers stopped showing before other movies. I assumed that Free Fire was forgotten because it wasn’t a very good movie, but even if that was the case I enjoyed it quite a bit. For those who don’t know Free Fire is a movie that is a kind of spoof of the crime film trope of ‘good deal gone bad’. in Free Fire, an arms deal gets interrupted by two members of opposing sides resuming a fight from the night before which occurred at a bar. This causes everyone to scatter and shoot at each other. This is literally the entire plot of the movie, and it is about as ridiculous as it sounds.

Funny enough that is the exact thing I liked so much about Free Fire: Just how bizarre the film was. In Free Fire we get introduced to a very interesting cast of characters. We have the “good guys” consisting of the two veterans, the two fuck-ups, and the unknown partner; and representing the “bad guys” we have the dealer, the right-hand-man, two more fuck-ups, and the middle-man. All of these characters, though the titles I gave them may sound generic, had their own quirk that really helped to fill out this world. The way that they interacted with one-another not only helped Free Fire ground itself in reality, but also added a lot of comedy to the movie. This cast of characters is so fucking strange, but it works because the situation is strange as well. And it wasn’t just the writing that achieved all of this, but also the performances by every single person in this cast. It would take too long to go over them all, but they were truly all stupendous. Now apart from Free Fire being absolutely hilarious, I had thought that it would have its other foot firmly in the ‘action’ camp; unfortunately I was wrong. Aside from numerous laughs Free Fire didn’t stray too far in the ‘action’, or even the ‘suspense’ category. This was kind of a wasted opportunity in my eyes because with Free Fire only relying on comedy (which it knocked out of the park), the movie kind of suffered. Free Fire to me is essentially one joke. It takes the idea of a deal gone bad and extends that to an entire movie. This is a funny joke, but it is funny enough to sustain a 90 minute movie? Not exactly. Free Fire was never boring, but there were a few moments where I was begging for something to happen. I think a larger focus on action or suspense could have helped to bridge these gaps, but then you also get into the question of whether or not those genres could have blended well together in this film.

One thing Free Fire did have were effects that made my stomach turn. In a movie that is as ‘focused’ (to put it nicely) as Free Fire, I certainly didn’t expect the effects in the film to blow me away; but they did exactly that. Despite the film not being very action heavy, when it does have some violence it makes sure to make it count. There wasn’t a moment where I was taken out of the movie because of any bad CGI or anything of the sort, and this once again strengthened the connection that Free Fire had to the real world. And finally the last thing to discuss about Free Fire would be the setting; specifically the time period. Free Fire takes place in the 70’s/80’s and that doesn’t really add a whole lot to the movie other than some sweet outfits. It’s not that I didn’t like the choice to have the film set in a different time, I actually thought it was a brilliant decision, I’m just outlining that it wasn’t exactly important to the plot. One thing the time period did add to the film however was the inclusion of John Denver; and you can never have enough John Denver.

Overall Free Fire was a pretty enjoyable film. I felt that it relied a little heavily on a single joke, but the writing and the effects made up for most shortcomings in the story department. The setting was interesting, the soundtrack was great, and most importantly it was fun from start to finish.

I give Free Fire a B