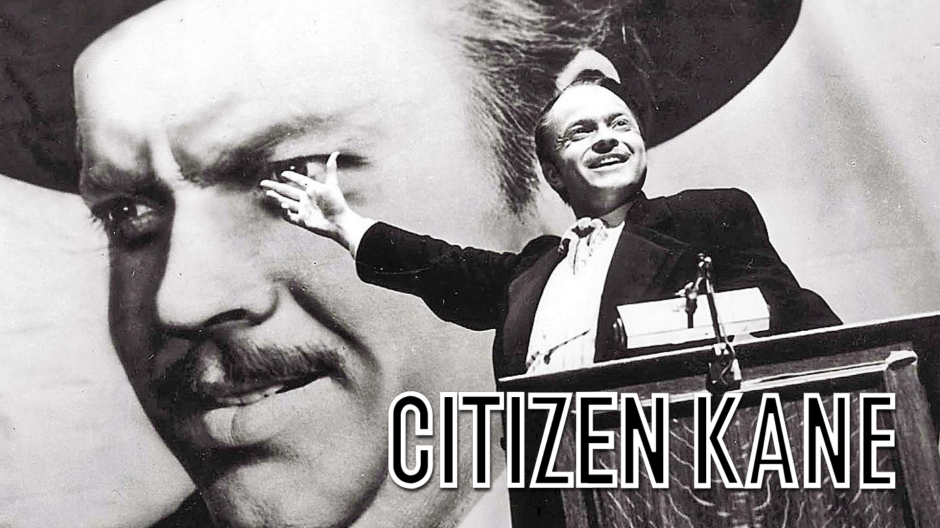 “… objectively it is a masterpiece.”

Citizen Kane is considered by many to be the greatest film ever made, and none of them are wrong. Released in 1941, Orson Welles’ magnum opus focuses on Charles Foster Kane, a newspaper tycoon who died with his last word being an enigma that a group of reporters are trying to solve. Tackling this seemingly simple task, numerous people from Kane’s life are interviewed to try and determine who the real Charles Foster Kane was.

Every single aspect of Citizen Kane is flawless; objectively it is a masterpiece. So much of this movie is done so well in fact, that there is no way I will be able to talk about it all. It truly is a one-of-a-kind film. That being addressed, I can speak to specific elements that stood out to me while watching Citizen Kane, which is what I will do for this review. First of all, the presentation of Citizen Kane’s narrative is nothing short of stunning. The way the syuzhet and the fabula interact with one another without ever existing as parallel to one another is like watching a beautiful dance unfold onscreen before you. The use of flashbacks, temporal ellipses, and objective story elements allow Citizen Kane to carefully craft an experience that will form a lasting impact on your mind.

The way in which Citizen Kane is shot is also a sight to behold. Orson Welles never shies away from utilizing the entire three-dimensional space he is given within the frame we see. The mise-en-scène is consistently breathtaking with Welles opting to not only use the entire frame from left to right, but also have characters and actions exist in all planes both behind and in front of the focus of the scene to create the illusion of a world that is truly alive. He even goes so far as to have characters in the middle of a scene transition from foreground to background or vice-versa in order to to once again sell the illusion to the audience that the space they are seeing is real. This isn’t even counting the brilliant sets and the amazing makeup.

One thing Orson Welles does in Citizen Kane is bend the traditional conventions of Classical Hollywood Cinema. He doesn’t break them, but they definitely aren’t the same when he’s through with them. Not only does he revolutionize directorial style with the use of extreme low-angle shots or the brilliant reframing seen in some instances, but he also plays around with the idea of clarity and unity in this film. For instance he messes with the idea of space and time being presented as unified with his inclusion of editing that not only introduces backstory but also temporal ellipses. He also toys with the traditional narrative form in movies from the time by not really presenting events, aside from the identity of “Rosebud”, Kane’s final word, to be resolved. The film acts almost as a chronicle of Kane’s life, and while problems of situations arise throughout the narrative, they don’t require as much attention as audiences are used to.

Now some people might classify Citizen Kane as “boring”, or “dull beyond belief”, or “seriously, how did people watch this?”, but this people are wrong. Citizen Kane is as good as movies will ever get, and anyone who doesn’t see that obviously lacks culture. They refuse to recognize that every feeling you have while watching Citizen Kane is intentional. If you feel bored, it’s because Orson Welles wants you to feel bored. Citizen Kane isn’t a movie, it’s an experience. You don’t watch it, you live it. It isn’t just a two hour blip in your day, it is a way of life.

I give Citizen Kane an A only because there isn’t a higher grade to be given.